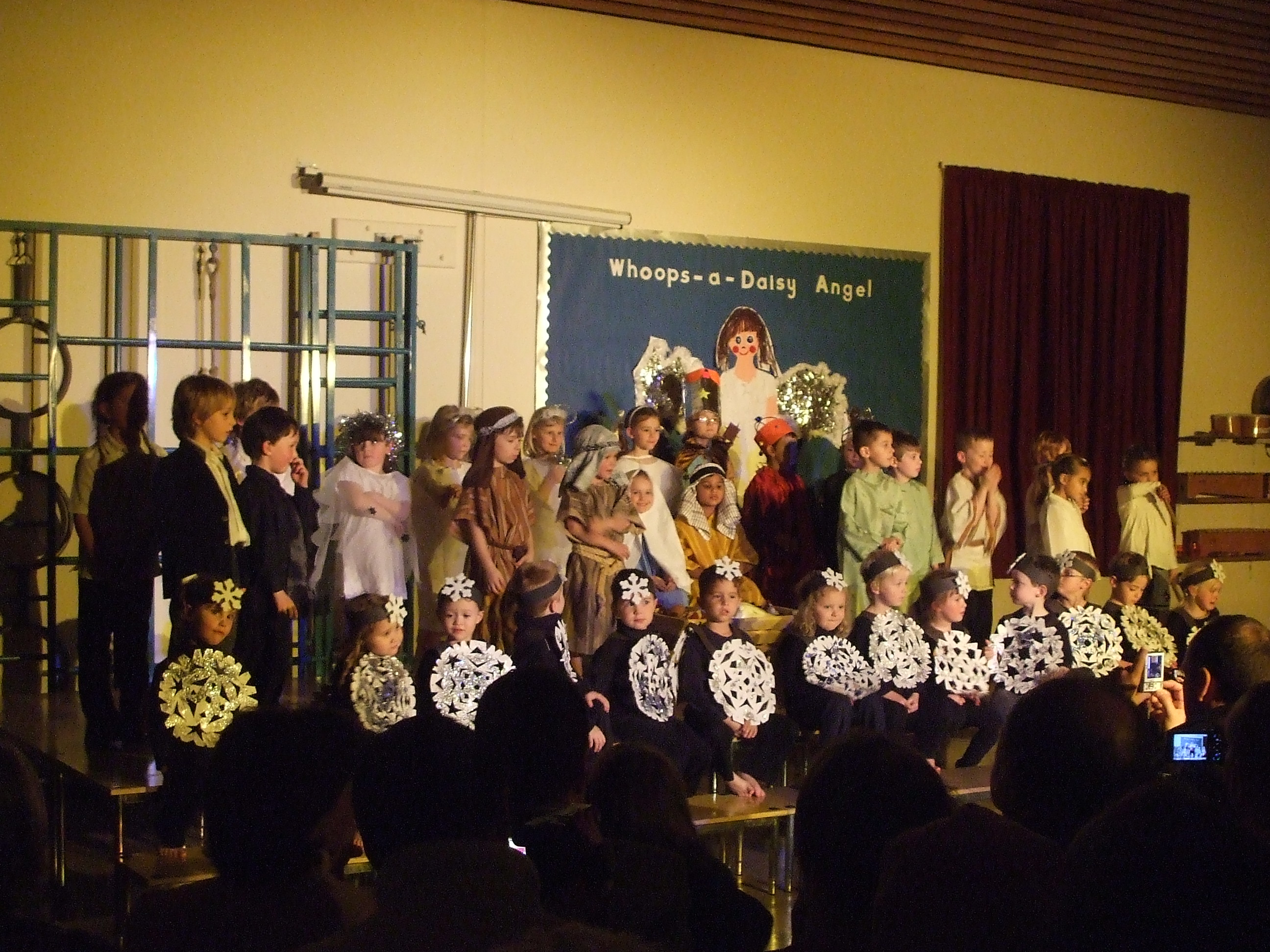 If, like me, you are worrying about whether you’ve got the right Christmas presents for your children, you should stop right now.  Because thinking back to my childhood, I’ve realised that all the best Christmas memories have nothing to do with the presents.  In fact, I can hardly remember what they were, though I’m sure I had my fair share.

My fondest recollections are mostly about special events with my family. There was the year that my cousins Jackie and Fred came to us for Christmas dinner.  As the youngest in a crowded house, the three of us, aged about four to eight, were given our Christmas dinner around the coffee table, along with a miniscule bottle of Babycham and three liqueur glasses – unthinkable now, but a pretty good strategy on my parents’ part to guarantee a quiet Christmas afternoon.  Not long after, my cousins emigrated to Canada, making this one-off event an extra-special memory.

Then there were the predictable annual visits from other less adventurous relatives. Auntie Shelagh and Uncle Alan, with their brood of four, would come to deliver an assortment of Avon products – for the girls, a peach-shaped soap on a rope or a bottle of cologne with a peach-shaped plastic stopper that I’d try to make last all year.

Journeys to and from relatives were fun when there were Christmas trees to count in the windows of the houses we’d pass, walking Scout’s page (ten steps walking, ten steps running) to keep us warm.  This was another smart strategy on my parents’ behalf to stop us clamouring to get the 51 bus instead, though our family fare would have been just 1/2d (“two fours and three twos, please”).

But there were bigger trees to admire.  One special night each December, we’d catch the train from Sidcup to London Charing Cross, half an hour’s ride away.  We’d stroll through the West End, admiring the lights put up to decorate Oxford Street and Regent Street.  These days they are a disappointment, with the same pattern echoed along each road, but in those days, every string was different.  We were dazzled by simple 1960s technology: coloured light bulbs on a wire. After that, we’d head to Trafalgar Square, a stone’s throw from our train home, and admire Norway’s annual gift to our country: a huge Christmas tree that seemed nearly as big as Nelson’s Column.  We never tired of joining in the community carols around it.

Then there were school festivities to enjoy.  For one infant school Christmas party, we were excited to be allowed to make a hat on a theme of our choice out of crêpe paper.  I remember being incredulous that the teacher did not recognise the inadequacy of yellow paper for my requested nurse’s hat.  Presumably all the white had been used up for the inevitable scissored paper snowflakes that adorned the school hall.

It was also at infant school that I first became aware of the power of Christmas carols to move an audience.  As I stood on the stage with my friend Patrick, both of us chosen as soloists for “In the Bleak Midwinter”, I found it odd that the grown-ups could look so tearful when I sang what seemed to me  a happy song.  It’s still my favourite carol today, though I struggle to suppress the purist objection that it never snows in Bethlehem.

When I was in the juniors, I was thrilled when my grandparents were persuaded to stay at our house one Christmas Eve.  There really was no need, as we lived within walking distance of each other.  Perhaps they came because the previous year we’d been living the other side of the world, in California, and they wanted to make up for lost time. They slept on the sofa bed in the lounge by the tree and must have loved being woken up by us at the crack of dawn (well, maybe!)

Better still, that afternoon, my grandmother volunteered to come outside into the garden to play with me in the snow.  Together we made a real, proper snowman, a little smaller than me, and we dressed it in the pink plastic mac that I’d just grown out of.

But best of all was the first Christmas that I’d been deemed old enough to go to midnight mass.  This was not because I was religious (I’d got over my holy stage by then, fostered by the evangelical church we attended in California), but because I wanted to be allowed to do the same as my big brother and sister, and didn’t want to miss out on this grown-up privilege.

I forced myself to stay awake to trudge the mile or so to the Church of the Holy Redeemer.  This was the plain grey, low (in every sense) church in which my parents were married, we children were christened, and my grandfather was choirmaster. The evening was drizzly, chill and grim as we entered the church, which was bright and warm and welcoming.  We all took the time to admire the colourful crib scene lit up by the altar. The vicar, Mr Daniels, was a family friend, small, rotund and gentle, and it felt more like going round to his house to hear him talk rather than anything religious.

The service came to an end quite quickly (maybe I’d nodded off for a bit), and soon we were all heading for the exit – a black arched door half way down the side of the church.  Mr Daniels had already sprinted round from the vestry to bid us all goodbye there, shaking the grown-ups’ hands and kissing children like me on the forehead, seizing our young heads in both hands to secure his target.

As we’d sat in the middle of the church, we were near the front of the departing queue and stood back as Mr Daniels threw open the heavy door for the first to leave. And then came a moment of wonder that surpassed anything mentioned in the service.  For the churchyard was covered in the most perfect blanket of snow. We all gasped in delight, transfixed by the big flakes still falling steadily against the orange glow of sodium street lamps.  We’d never guessed that the weather could be so transformed in such a short space of time.  You had to admire God’s timing, for there it was – the real evidence of Christmas.  Deep and crisp and even, snow on snow.  The best Christmas present ever.

May your Christmas this year be just as blessed.

(What are your favourite Christmas memories?  I’d love to know!)

11 thoughts on “Let It Snow: My Best Childhood Christmas Memories”