Crossing to France via the Channel Tunnel the day after Remembrance Day fills me with fin-de-siècle melancholy. This is likely to be the last time I set foot in mainland Europe as an official European. This column is no place for politics, but I mention it because it’s just part of a general end-of-year yearning for time to stand still.

When I was younger, I used to look forward to welcoming each New Year. Now that my parents are in their eighties, I’m conscious of the growing likelihood of less welcome changes as each year goes by. I hanker after reminders of my younger days, when I had less sense of my own mortality, or of anyone else’s.

Second-hand books in the editions I enjoyed as a child are comfort reads. I enjoy knowing from memory what will appear on the next page before I turn to it.

I rescue from a charity shop a battered bear of comparable vintage to my own childhood teddy. What misfortune befell his owner that this creature should be consigned, appropriately enough, to a branch of Barnardo’s? I don’t want to answer my own question.

Vintage. You know you’re getting old when artefacts from your childhood are classified thus, as I’m reminded when I scour the internet to replace the Parker Lady pen I had for starting big school. This diminutive black lacquer, gold-trimmed fountain pen (so much classier than a cartridge model, don’t you think?) was just the right size for the hand of an eleven-year-old girl.

My quest isn’t only down to nostalgia. I wish to right a wrong done to me when I changed schools at the age of 14. Another girl stole my pen and claimed it was hers, despite clearly being perplexed as to how a fountain pen worked. As the new arrival, I wasn’t confident enough to contradict her. In a life of few regrets, that’s one of mine. I’m hoping she didn’t just throw it in the bin when it ran out of ink, as we did with the orange plastic Bic biros bought from the school shop. (Plastics recycling had yet to be invented.)

On eBay, I find the perfect replacement: a Parker Lady pen so treasured by its owner that he kept it in its original box. I hope it will comfort the seller, the son of the late owner, that this precious pen will have gone to a good home, though I can’t help wondering why a man bought a Parker Lady pen in the first place. A lost love who never received his gift? Perhaps one day I’ll write the story of what might have been.

So as the year turns, don’t forget to cherish the old as you ring in the new.

I wish you a peaceful and contented Christmas, treasuring and treasured by those that you love.

In this column for the December 2018 issue of the Hawkesbury Parish News, I get ahead of myself with the seasons

In the retail trade, buyers plan at least a season ahead. While we’re Christmas shopping, they’re planning their stock for the spring.

I share their sense of being out of step with nature’s calendar. Today, for example, the deadline of the Hawkesbury Parish News’s December issue, I launched my latest novel, Springtime for Murder. I wrote it in the summer months, edited it in the autumn, and it’s set at Easter. Now I’m about to start writing a novel that takes place in May. No wonder I have to stop to think what month it is in the real world.

It doesn’t help that I can’t rely on the weather to give me a natural steer on the seasons. With it often so unseasonably hot/cold/wet/dry, a glance out of the window can be misleading.

Taking a break from my desk to go grocery shopping does nothing to put me straight. Why are supermarket shelves still full of fresh summer fruits in the winter? Every time I go to Waitrose lately, there are punnets of strawberries reduced for quick sale, because the shop has more than it can sell. Still, at least I’m full of Vitamin C to guard against winter colds.

Thank goodness for the man-made visual clues around the village. Impressively carved pumpkins dotted around the village heralded Halloween. Mid-November, the poppies on the Plain and in St Mary’s ensured we remember the date we should never forget. Now the Christmas lights will soon be upon us.

Even so, if you see me shivering in a summer dress in December, now you’ll know the reason why: I’ll have simply lost the plot.  Which really shouldn’t happen to an author.

I wish you all a merry Christmas and a happy New Year!

A quick shout-out for  my festive TV appearance before the 12 Days of Christmas are over!

In our household, we have a strict rule that the Christmas decorations don’t come down till 12th Night, which we reckon is tomorrow, 6th January. I know there are various theories on when Christmas starts and finishes, but that’s the one we stick to – even though I’m often itching to declutter well before then, and make the house feel a bit more springlike. (Yes, I know we’ve still got a long way to go before the first day of spring on 21st March, but I hate January and February, and like to pretend they don’t exist.)

However, this attitude is to my advantage today, because it means I can just about get away with sharing with you the videos of two pieces I read on a regional television station for Christmas, when, along with Mari Howard, Lynne Pardoe and Thomas Shepherd, three author friends from the Oxford Authors Alliance, I was a guest at Talk Oxfordshire. We each read short stories or passages from our books with a festive flavour, and they’ve just put the tapes up on YouTube where those outside of the station’s reach.

I did two readings – one non-fiction, one fiction – and you can view them both by clicking the images below.

In the first one, I’m recalling one of my favourite memories from my childhood Christmasses, which features in my essay collection Young by Name: Whimsical Columns from the Tetbury Advertiser 2010-2015.

In the second, I’m reading “Do You Believe?”, a lighthearted short story about a shrewd little boy’s visit to Father Christmas. This is one of the twelve short festive stories in my collection Stocking Fillers.

Finally, as I brace myself to clear away Christmas, I’d like to share a quick anecdote from my great-niece (3), who finding that the Christmas tree and decorations in her house had been taken down overnight while she slept, asked “Where’s Christmas gone?” When told it was over now that January was here, she said crossly “Go away, January!” I know how she feels.

Starting to sort out my box of Christmas gifts that I’ve been steadfastly filling over the last few weeks, my heart sinks at the odd shapes that I’ve committed myself to wrapping. I still have quite a few presents to buy, including the one at the top of my daughter’s wish-list – a pair of Heelies (wheeled trainers). I’m hoping these will come in a box, or I’m in trouble.

I’m reminded of a Christmas in my teens when my then-boyfriend decided to liven up his gift wrapping by disguising his presents to look like something else, so that the recipients couldn’t guess what they were. I’d asked him for an LP of Wings’ Band on the Run. (Yes, I am that old – and for my more youthful readers, I should probably explain that an LP is a long-playing record album, as opposed to a single. Yes, we’re talking vinyl here – out of fashion long enough for it to be coming back into vogue again now.)

When he brought my gift round, it was a big box the size of an LP but about four inches deep.

Oh, how lovely, I thought, he’s bought me something extra too. I wonder what it is?

Cue huge disappointment when the parcel turned out to contain only the record, plus a lot of empty packaging. I tried not to look crestfallen. After all, we were only teenagers, and records were expensive.

Unfortunately he didn’t know that when you are in a hole, you should stop digging. Guessing that I’d expected something else, he added in his defence “My mum said not to get you anything else in case you split up with me again.”

I bet you can guess how that relationship ended up.

In the meantime, I’ve decided that for the rest of my Christmas shopping this year, I’m going to buy the ultimate easy-to-wrap present for everyone – a book, carefully chosen to suit each recipient’s interests, so that I can put my energy into the fun of book browsing rather than wrestling with wrapping paper.

If you’re after festive books for your friends and relations, let me leave you with a few recommendations. Biased, me? Well, it is my blog, 😉 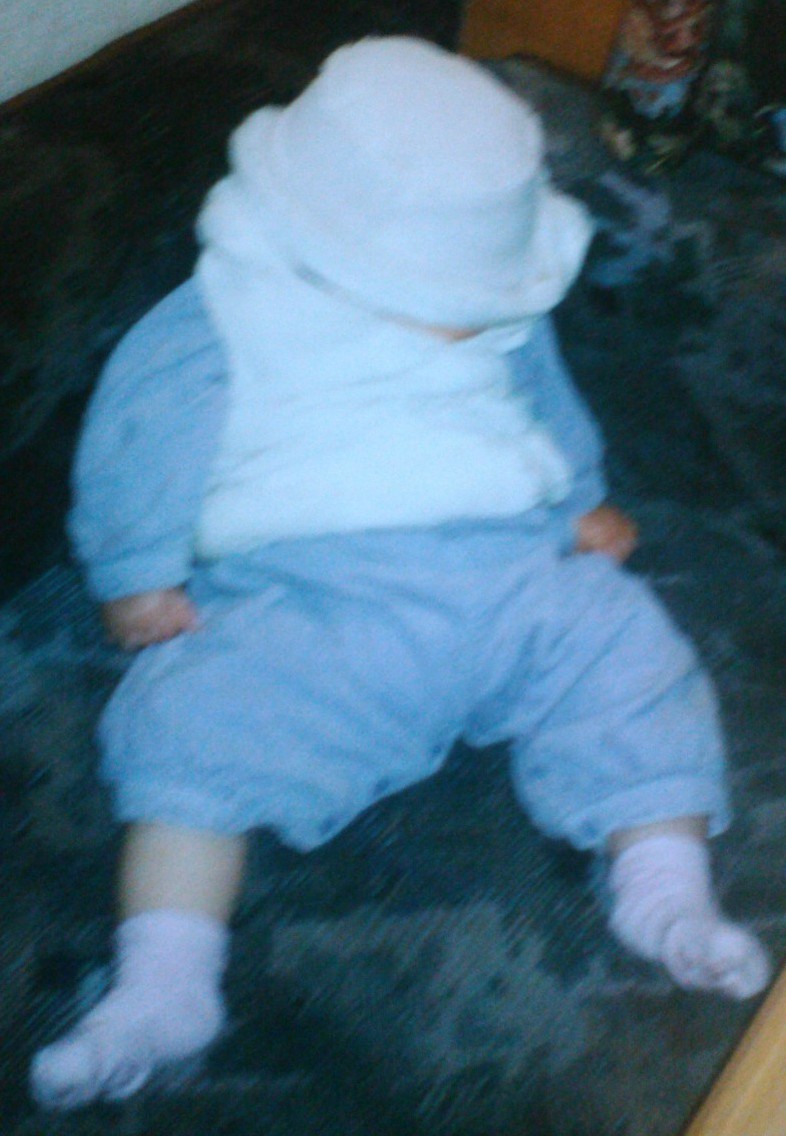 (My column for the January issue of the Hawkesbury Parish News)

When, like a less powerful cousin of the Grim Reaper, flu stalked the village before Christmas, I was one of its victims. The first half of December passed me by in a blur.

It’s only when you’re on the mend from a nasty bug that you realise how poorly you’ve been, and what bad decisions you’ve made while unwell, e.g. being fobbed off with an unnecessary prescription for penicillin by the GP’s triage system. END_OF_DOCUMENT_TOKEN_TO_BE_REPLACED