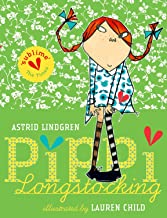 When I launched Secrets at St Bride’s, the first in my new series of school stories for grown-ups, (the story revolves around the staff rather than the pupils), I began to realise just how many of my author friends also loved school stories like I did! I’m therefore inviting them to share on my blog their enthusiasm for their favourite school story.

First up was Jean Gill, talking about Anne of Green Gables (click here to read her interview).

Now it’s the turn of Finnish romantic novelist Helena Halme, who nominated the Swedish classic Pippi Longstocking series by Astrid Lindgren – one of my own childhood favourites.

Funnily enough, Pippi makes an appearance in Secrets at St Bride’s as a favourite bedtime story of the youngest girls in the school, as in the following extract.

“What are you going to read to us tonight, Miss?” asked Tilly from the bed in the far corner, busy plaiting her long dark hair, presumably to keep it tangle-free overnight.

“Miss Bliss always reads to us for fifteen minutes.”

I wondered why Oriana hadn’t included that in my briefing. Were they having me on?

“Really? What does she read?”

“The Adventures of Pippi Longstocking,” they chorused, clearly relishing the name.

“Aren’t you-?” I was about to say “too old for these stories,” which I remembered enjoying back in priarmy schol. But as I clocked their eager, hopeful faces, soft in the low light cast from their bedside lamps, I realised the connection: they shared the motherless Pippi’s vulnerability. Seeing her sea-captain father only at rare intervals she claimed complete self-reliance and gloried in her independence, although her more conventional friends suspected her of making up her madcap adventures to hide her loneliness.

“Pippi Longstocking it is, then,” I beamed, gratefully accepting the big green hardback that Imogen held out to me.

Now over to Helena Halme to explain her love of Pippi Longstocking!

Helena is a prize-winning author, former BBC journalist, bookseller and magazine editor. She holds an MSc in Marketing and an MA in Creative Writing. Full-time author and self-publishing coach, Helena also acts as Nordic Ambassador for The Alliance of Independent Authors and has published ten Nordic fiction titles and two non-fiction books. Apart from writing stories set in her native Finland, Helena is addicted to Nordic Noir and dances to Abba songs when nobody’s watching.

Hi Helena, welcome to my blog, and I’m so pleased to have you here to share your love of Astrid Lindgren’s legendary creation, Pippi Longstocking! Can you please kick off with a brief description of her books?

Pippi Longstocking is a girl with upturned plaits the colour of fire. She lives on her own in a large wooden house with a pet monkey and a white black-spotted horse and never wants to grow up. Pippi is superhumanly strong and can lift her horse one-handed, but she’s also playful and unpredictable. She dislikes unreasonable adults and often makes fun of them or plays tricks on them, especially if they are unfair or pompous. Her father is a swashbuckling pirate captain and she tells endless adventure stories about him. Whether all of them are strictly true is another matter… Her four best friends are her horse and monkey, and the neighbours’ children, Tommy and Annika.

How old were you when you first read Pippi’s adventures?

I was seven when I was first introduced to the crazy world of Pippi and her friends. Pippi’s unconventional, unruly, and exciting life was in such stark contrast to anything I had ever experienced that I was immediately hooked. Although with a good heart, Pippi had a wicked side to her and often exposed grown-ups, particularly teachers, for their double-standards. The books tell Pippi’s story through the eyes of her two best friends, Annika and Tommy, who were ‘normal’ children, with a mum and dad at home.

Reading Pippi Longstocking later has made me realize how the book reflected social changes in Swedish society at the time. The books were published in 1945, with a hugely popular TV series 1969, which sealed the success of the Pippi stories. I believe that the books reflect the post-war era when the Western world craved freedom and looked toward higher moral values such as peace, humanity and even feminism, all of which are reflected in the Pippi Longstocking books.

What did you particularly like about this series and about the author? Was there anything you disliked?

I just adored the unruliness of Pippi’s life, especially as underneath it, there was often a message about right and wrong. The fight against authority to protect the weak is a ‘red thread’ running through all the books, and that really appealed to me.

I, as did many of those who read the books in Sweden, was later made uncomfortable by some of the racially offensive language used in some of Pippi books, such as Pippi in the South Seas. I believe the text has been changed in later editions.

In the Pippi books, I identified with Annika, who was the ‘goody two shoes’ to Pippi’s mad and Tommy’s more boisterous character. Annika would often vote against some hair-brained scheme that Pippi came up with, while Tommy was the first to agree to it. I would have liked to have been like Pippi, but knew that it just wasn’t me. However, Annika, who (mostly) followed the rules and was praised by teachers (like me) would have done anything even if it meant rebelling against authority to protect her friend. I hoped I might also behave in a similar way if called upon to do so.

How did Pippi Longstocking affect you as a child and influence you as an adult?

Reading the Pippi books gave me a huge amount of confidence. Although at the time, my parents were still married, they were constantly fighting, and reading about this girl who could live on her own, supported by her friends, gave me comfort. Although I wouldn’t be able to lift a horse or stand up to my teachers if they were being unfair, it was nice to daydream! Besides, Annika didn’t have those powers, but she was best friends with a girl who did.

Astrid Lindgren is, first and foremost, a storyteller. The Pippi books started off as bedtime stories she told her own daughter when ill and having to stay at home from school. Her books made me dream about being able to write, to entertain readers and also to convey a message through the stories. The Pippi Longstocking books also made me understand that there is no such thing as a story that is too fantastical!

What type of school did you go to yourself?

What type of school didn’t I go to? Mainly due to my dad’s job (he was a telecoms engineer), as well as because of the on-off break-up of my parents’ marriage, we moved a lot while I was growing up. Between the ages of eleven and sixteen, I went to five different schools. That’s a school per year.

My first years were spent in a lovely primary school in Tampere in Finland, where everyone respected the teachers and my big sister was with me. Next, we moved to Stockholm to a large secondary school where the teacher was bullied and sometimes physically abused by the pupils. This was the worst school I’ve ever attended. I cannot tell you the number of times I saw the teacher cry at the end of the lesson when the pupils piled out of class. How I wished I’d have the physical and mental abilities Pippi possessed to deal with the bullies!

The next school in Stockholm was the polar opposite of the first one. A small class of just 15 pupils, I was encouraged to pursue my artistic side by our wonderful teacher. Tall, blonde and blue-eyed, every girl in my class had a crush on Johan Johansson!

Back in Finland, schools were very much the same as my primary school in Tampere. Disciplined, academic and pressurized, I thrived because I was quite good at learning. And by that stage, I’d acquired a new language: Swedish, something which helped.

Were your friends also Pippi fans, or did you feel that this was your own private world to escape into?

Everyone loved Pippi Longstocking! I remember once when I was eight, a friend was having a fancy dress party for her birthday. No less than five freckled-faced Pippis, including me, turned up. They must have sold out of red wigs in the local shop…

I absolutely think that Pippi Longstocking will still appeal to today’s children. I certainly intend to introduce the rebellious, strong and fair-minded redhead Pippi to my granddaughter when she’s old enough. Pippi’s belief in her own strength, moral judgement and refusal to follow conventions is perfect for today’s world!

PS If you’re wondering what the girls at St Bride’s make of Miss Lamb’s rendition of Pippi, here’s what happens next:

As I read, the girls gradually clicked off their bedside lights, until I was conscious of sitting in a dark room, the only lamp still illuminated focused on Pippi. Halfway through the second chapter, I glanced around to check how many of the girls were asleep and realised that while I had been reading they had all styled their hair into two plaits, which they’d arranged at right angles to their heads, draped across the pillows as they lay down. Each had closed her eyes, slight chests gently rising and falling in the comfortable rhythm of sleep. Perhaps they were all Pippi Longstocking in their dreams, reliving the chapter in which her father returned home from sea.

Secrets at St Bride’s is now available both as a paperback and an ebook.