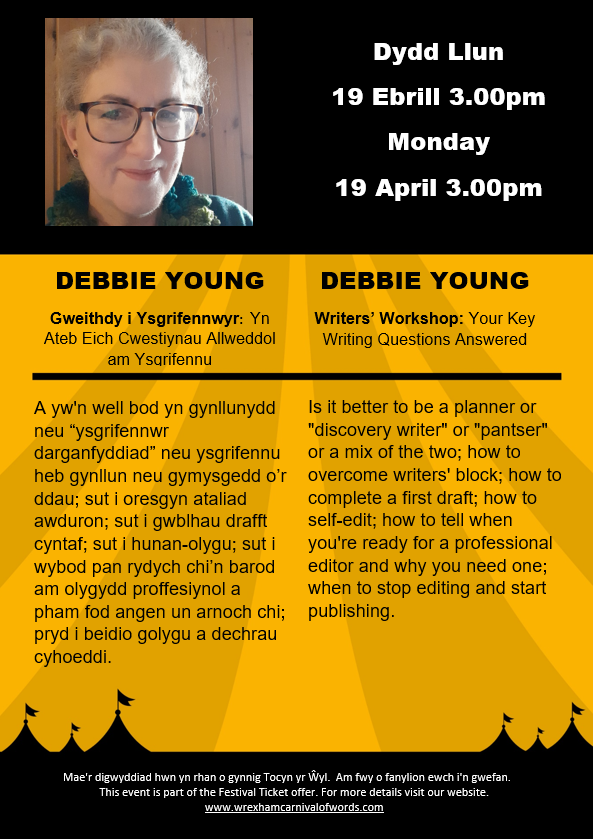 In the first of what I’m hoping will be a weekly round-up of what I’ve been up to in my writing life, here’s a quick summary of three highlights for me from last week (if you count the first day of the week as a Saturday, that is!)

I’m pleased to report that this year’s HULF (one of the many things people call it for short – HULit is popular too!) was a roaring success, the biggest and best yet with over 60 authors, poets, illustrators and artists taking part to stage a packed programme of events to suit all ages and interests. To get the full picture, hop over to the Festival’s website, where we’re already counting down to HULF2020 (!), but where we’re going to be keeping the magic going year-round by weekly posts from the guest speakers. We kick off with a post sharing keynote speaker Brad Borkan’s wonderful opening address about the power of books and reading. In the sidebar of that blog you’ll find a “follow” button if you’d like to receive each new post in your inbox, and an email list sign-up button if you’d like to be kept abreast of Festival news.

I purposely kept myself out of the programme this year to allow myself plenty of time to scurry about from venue to venue, checking everything was running smoothly, (which it was, thanks to my amazing team of speakers and volunteers). But I did enjoy welcoming everyone in the opening ceremony, sharing my dream for a free festival accessible to all, and celebrating the huge talent assembled in the village from far and wide for this special day. I also indulged myself by giving a reading from Best Murder in Show to round off the “Around the World in 8ish Books” session which provided a virtual world tour chaired by Caroline Sanderson, Associate Editor of The Bookseller. My book brought us firmly back to life in an English village!

Yes, you read that right – it spanned two days! I had to log on just before midnight on the Monday and was on air till 1.30am!

Agreeing to be a guest on a live radio show which started in North Carolina at 7pm their time might not seem like the smartest decision, as by that time I was exhausted from the Festival and really needed to catch up on sleep, but I’m really glad I did, because it was great fun! Host Bonnie D Graham (aka Radio Red!) is a feisty host, a real pro, segueing easily between disparate topics and making fellow guest Sanjog Aul and me feel very comfortable. Sanjog’s self-help book, The Tricycle Way: How to Stop Racing Through Life and Start Enjoying the Ride, might not sound like the obvious bedfellow for my cosy mystery novels, but we found we had a surprising amount in common and many shared values.

I have Brad Borkan to thank for the introduction to Bonnie – he’s featured on her show several times.

Although the show went out live, it’s available to listen to on demand, so click this link if you’d like to tune in – I don’t chime in till about half way through but I found Sanjog’s interview very interesting too!

I rounded off my busy week with a trip to speak about my cosy mystery novels as part of the vibrant Wrexham Carnival of Words, which my author friend David Ebsworth helps organise. He had kindly come to HULF on the Saturday to give his fascinating illustrated talk, “Five Things You Probably Didn’t Know about the Spanish Civil War”, drawing on the research he did for his excellent historical mystery series that kicks off with The Assassin’s Mark, a Christiesque detective story. I highly recommend all three books in the series. by the way.

I was invited to speak in the Carnival’s new lunch-time strand of Meet the Author talks in the spacious, light and airy Wrexham Library, set in the midst of beautifully tended gardens. What a lovely asset for any town and litfest!

The audience may have come to Meet the Author, but I really enjoyed meeting the audience too! I talked about my Sophie Sayers Village Mystery series, why I chose to write cosy mystery, and the relationship between the concept and my real life in a small Cotswold community very similar to the fictional one featured in the stories. I gave several readings and shared some anecdotes about life in Hawkesbury Upton that if you put in a novel, one might not believe! I also told them a bit about HULF, and at least one member of the audience put it straight in her diary and has started planning her trip for HULF 2020! I was happy to sign quite a few books for sale afterwards, and I so enjoyed the experience that I donated the first three books in the series to Wrexham Library.

After such a busy week out and about, i was glad to look forward to a weekend at home to build up my strength for the following week, when it would be my turn to be in the audience, at a talk by the inspirational author Ali Smith as part of the new Tetbury Book Fest, and at the four-day CrimeFest conference in Bristol. More news of those events next week…