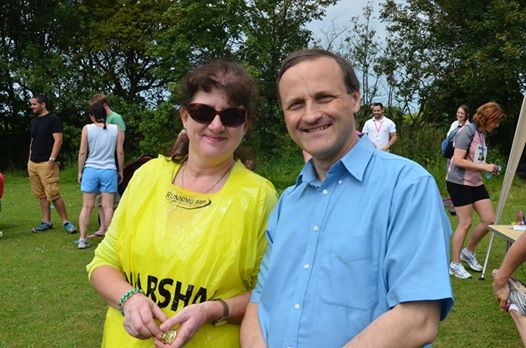 I work from home and spend a large part of every day online, and can assure you that the difference between a screen loading instantly and slowly, many times each day, can make a significant difference to one’s productivity, and not just because of the extra seconds required for every transaction.

I reckon that working with a slow connection also makes your brain slow down. It’s similar, but opposite to the effect of playing quickfire computer games, which affect at your reaction times like a double espresso. In the same way, going on the dodgems makes you drive more recklessly the next time you get into your car. (Or is that just me?)

I crowed about the arrival of our new superfast service to city-living friends to whom high speed broadband is old hat.

“No more sitting around waiting for files to download! No more giving up on videoconference meetings because the connection cuts out! My productivity is going to soar!”

One urban American Facebook remarked on his astonishment at the difference between our countries’ cultures, as if I’d announced that Britain had just discovered the steam engine. Cynical replies trickled back. “So, no more waiting around for those cat videos to download.” “Yep, all-you-can-watch iPlayer TV. I’ve never known anyone to get more done as the result of installing superfast broadband connection.”

Ah, but at least I can be less productive at higher speeds now.

Big thanks to Steve Webb, Sue Hope and all who campaigned to bring this aspect of Hawkesbury Life into the 21st century.

(This post was originally written for the May edition of the Hawkesbury Parish News.)