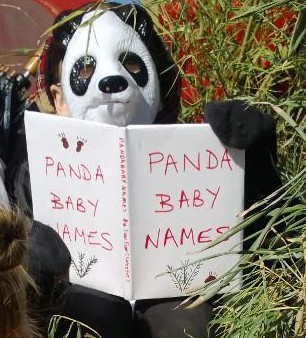 Last month, the law of unintended consequences dictated that I should acquire a new car. Dropping in to a local garage to chivvy progress on my dad’s car’s MOT, I found myself wandering around its used car lot and falling in love at first sight with a Fiat Panda. If only actual pandas had the same impact on each other, there’d be a lot more pandas in this world.

For some time, I’d been meaning to replace my aging Ford Ka. It had a lot in common with the proverbial spade that the old man claims was his grandfather’s before him – except the handle and the metal part have each been replaced several times.

Although I loved my Ford Ka, I’d been constantly irritated by its name. I could never decide whether to pronounce it to rhyme with “car” or as the initials K A. The only redeeming feature was the suffix “Sublime”, in honour of its leather seats and air-conditioning.

In the same way that you get “Friday afternoon cars”, haphazardly assembled by demob-happy workers, the Ford Ka brand name must be a Friday afternoon marketing job. It’s about as sensible as Mr Kipling launching a new product called “Kayke”, hard to differentiate from the rest of his exceedingly good cakes. (He hasn’t done this yet, by the way – but, Mr Kipling, if you’re reading this, please don’t go there.)

But what’s not to love about a car named after an iconic and lovable animal? Not to mention its endless potential for jokes.

“There’s a panda in my front garden,” I’m able to say to anyone gullible enough to listen to me speculating as to whether Waitrose stocks bamboo. Or “I’m thinking of taking my panda to the zoo at the weekend.” You get the picture.

Faster than a Speeding Panda

Other cars named after animals are usually associated with speed: Jaguar, Cougar, Impala. Even a beetle moves fast in relation to its size.  Pandas are famously inert, as our visit to Edinburgh Zoo two summers ago hammered home: the crowd jumped the first time Tian Tian moved.

Optimistically, the Zoo has installed a “panda cam” so you can watch live action footage around the clock. Most of the time, there’s not much difference between the video and the still photo at the top of the webpage. If it’s action you’re after, click on “penguin cam” or “squirrel monkey cam”. It must have been a close call in Fiat’s marketing department one Friday between the Fiat Panda and the Fiat Sloth.

Still, it could have been worse: I could have opted for a Vauxhall Nova, which may sound fine and shiny-new till you drive to Spain, when it morphs into the Vauxhall Doesn’t Go. Which is where I came in with my Ford Ka.

(As the BBC likes to say, in the interests of fairness, other makes of car and cake are available.)

This post first appeared in the Tetbury Advertiser, June 2015.