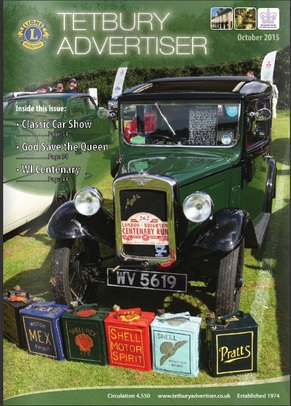 In my October column for the Tetbury Advertiser, I invented a topical equivalent to the traditional playground game of “Rock, Paper, Scissors”

Was I the only person holding their breath last month till the moment the Queen officially became our country’s longest serving monarch? Knowing my Scottish husband’s Republican tendencies, I kept to myself my anxiety that the Queen would fall at the last fence (a metaphor of which she would surely approve), until my daughter (12) piped up out of the blue “So exactly what time did the old King die? I don’t want to celebrate too soon.”

No matter what your political beliefs, you’d have to be hardhearted not to feel pleased on Her Majesty’s behalf. I always love feeling that I’m living through a historical landmark moment that will be chronicled by historians and taught in the classroom to future generations of schoolchildren. No monarch is an island, and her achievement surely touches us all, in the same way that we can’t help but feel a little fillip of excitement (no, not that sort of Philip) and ownership when our country wins a major sporting award, even if we take usually take no interest in the game.

But the Queen’s longevity was dwarfed a few days later by our visit to my late grandmother’s cousin Nina (99). On our journey to her elegant seaside apartment (I think HRH would feel right at home there), it occurred to me that at the time of the Queen’s coronation, Nina would already have considered herself middle-aged, having been born during the First World War. Greeting Nina feels like hugging history. (Thank goodness that modern standards have shunted our definition of midlife to a much older age. I’m in my prime, I’ll have you know!)

A few days later, a local historic landmark put even Nina’s longevity into perspective: the consecration of Rachel Treweek as the first female Bishop of Gloucester. I caught an interview on BBC Woman’s Hour with her ecclesiastical garment designer, Polly Meynell, who observed that at her enthronement Bishop Rachel will become the first woman to wear the bishop’s cope (cloak), which has been worn exclusively by men for the last 1,000 years. I just hope she gets to launder it first.

Queen, Cousin, Bishop – there you have it.

In Praise of Community Magazines

If you’d like to join my free mailing list, to be kept informed about my new books, events and seasonal offers, you can do so here: