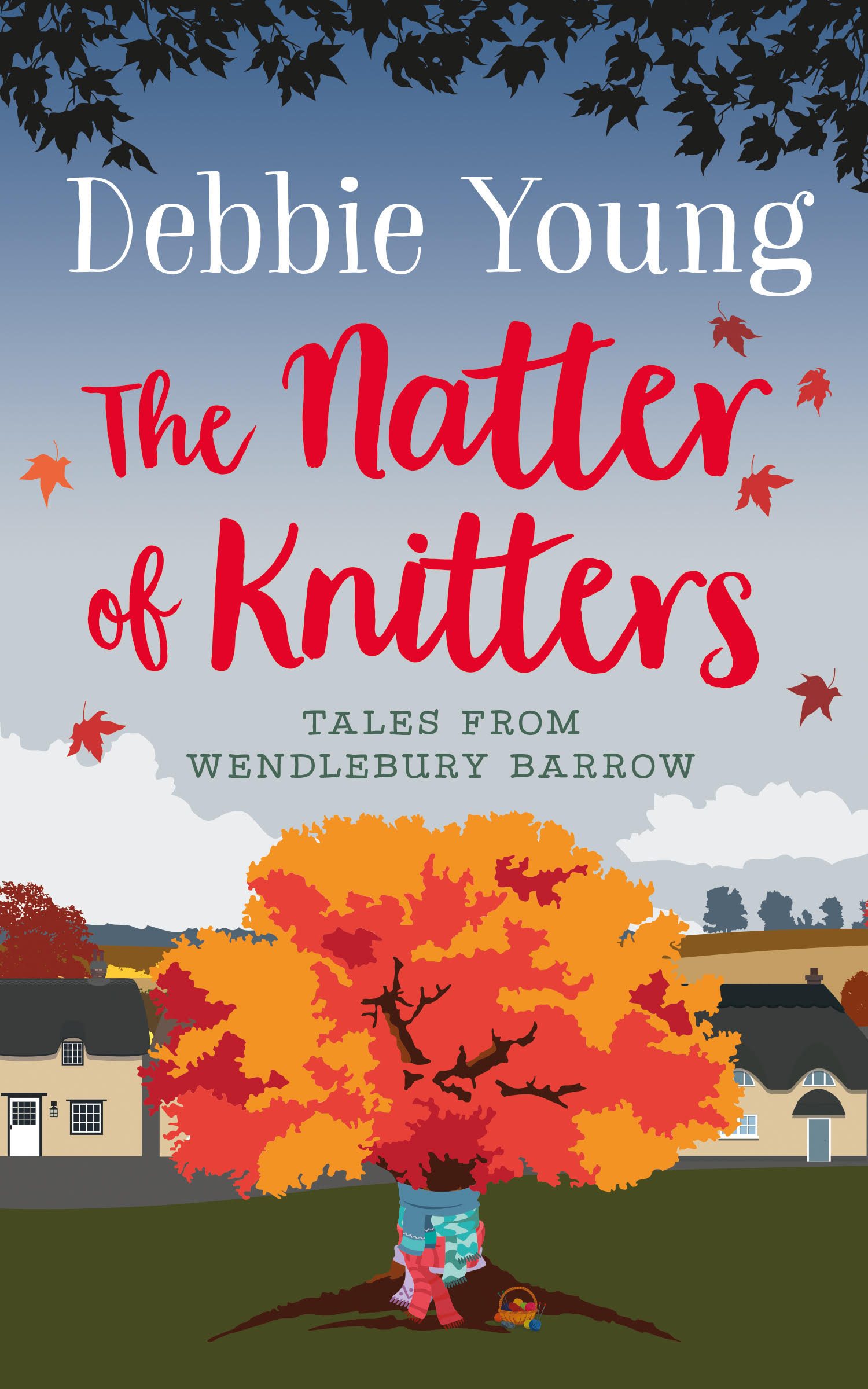 I’m pleased to announce the publication of my latest book, The Natter of Knitters, a light-hearted story about a village knitting campaign that goes somewhat awry, with entertaining results.

Here’s how some early reviewers have described it so far:

The Natter of Knitters is the first in a new spin-off series from my Sophie Sayers Village Mysteries called Tales from Wendlebury Barrow. It features Sophie Sayers and many of the key players from my village mystery series, plus the usual intrigue, village gossip and humour, but without the murders! Each story will also introduce a new character from the village. This time, it’s Ariel Fey, an enigmatic loner new to the village who hopes to turn self-sufficient.

Each of the Tales will be a quick read, about a quarter as long as one of my novels. Technically speaking, that makes it a novelette or a short novella.

Why the Short Format?

The idea for this new series came to me last summer when I was writing The Pride of Peacocks, the short novella available exclusively to those who join my Readers’ Club mailing list. (Join here if you haven’t already done so and would like to claim your free ebook!) I really enjoyed writing it, and readers have also been enthusiastic.

The shorter format will allow me to cover many more topics in a shorter time-frame than if I saved every idea for a novel of its own. And I have plenty of ideas, inspired by things I see in real life all around me every day, here in the beautiful Cotswolds countryside, where I’ve lived in a close-knit village for nearly thirty years.

Other topics that I’m storing up in my ideas book include:

One unifying factor will be that the title of each will be a collective noun, whether one that’s long-established, such as The Pride of Peacocks, or a whimsical one invented by me, as in The Natter of Knitters! (I am having fun!)

I will of course be continuing to write full-length novels as well. The sixth Sophie Sayers Village Mystery, Murder Your Darlings, is due out at the end of February, and I’m half-way through writing the second St Bride’s story, Secrets at St Bride’s, with a view to publishing in the early summer.

The Natter of Knitters is now available in ebook and paperback. Yes, paperback too! Although it’s much shorter than a novel, I know that a lot of my readers prefer paperbacks to ebooks, and I didn’t want to let them down.

So, inspired by the little books you often see by the till in high street bookshops, such as the Penguin 80 series, I decided to issue the Tales of Wendlebury Barrow in a similar format. The size of a picture postcard (6″ x 4″), they are adorably cute, and perfect for slipping into your pocket or handbag to read on the move. They also make great gift ideas, fitting neatly inside a birthday card.

How to Order Your Copy

Now to Whet Your Appetite with the First Couple of Pages…

A bomb in Wendlebury Barrow?

Clive Wren, the local paper’s photographer, could hardly believe his good fortune. For once he was in the right place at the right time to scoop a news story worthy of the front page. It made a welcome change from his usual tedious assignments, snapping endless staged presentations of giant cheques or forced line-ups of local sports teams, new school classes or old biddies celebrating significant birthdays and anniversaries. This was the closest he’d ever get to his dream of reporting from a war zone, and he was going to make the most of it.

Along with the rest of the crowd assembled around the village green, Clive had jumped at the sound of the explosion. Without missing a beat, he pressed and held down the shutter button to capture a series of photos a split second apart. Thus he recorded the passage of time as charcoal-black smoke emerged from the device hidden in an innocuous clump of grass in front of the old oak tree. Dark tendrils curled up among the branches and reached out to wrap tentacles around onlookers. And on the precise spot where the device had exploded, to everyone’s surprise, there emerged like a genie from a lamp—

But there was no time to gawp. Clive had better call it a wrap and scoot back to the office before any locals shared the photos they’d snapped on their phones, which, via social media, might reach his picture editor before he did. If he was quick, he’d just have time before his next shoot at Slate Green. He could gather the facts later.