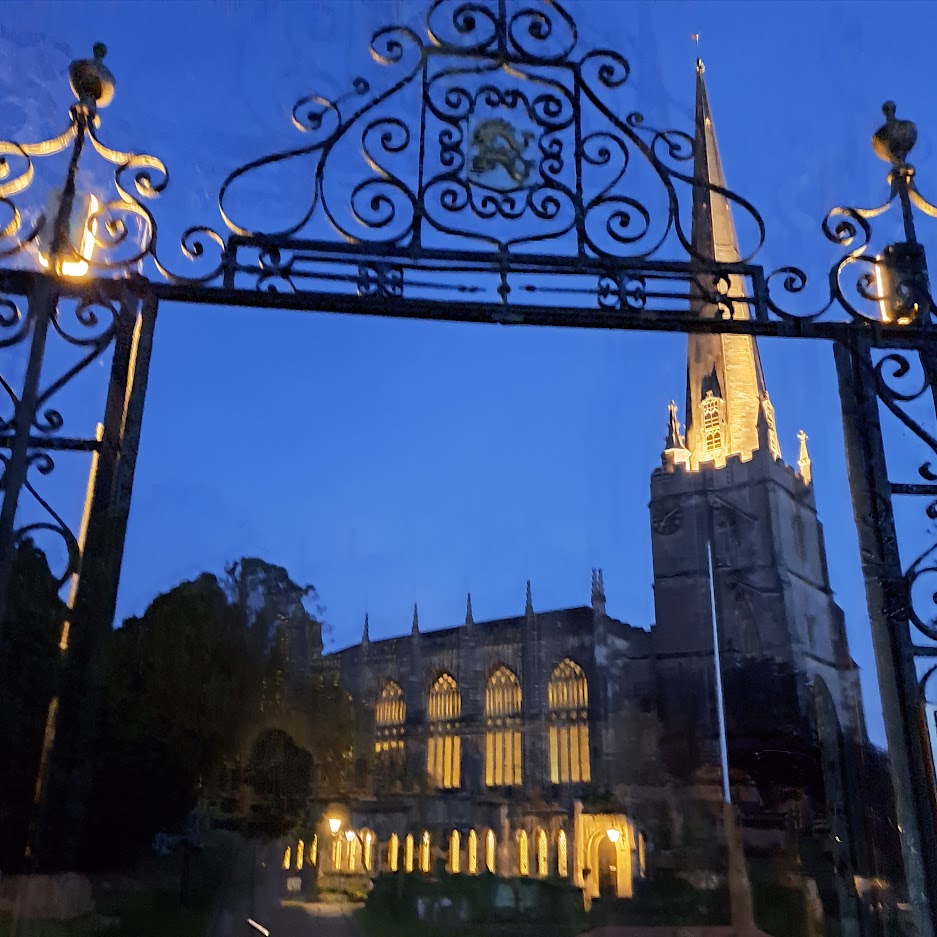 Tight writing deadlines in the last few months have meant I’ve got way behind on my blog – so please excuse me if I now have a quick catch-up to shoehorn in two articles I wrote for the Tetbury Advertiser in November and December, before I run out of 2022! This article was written for the November 2022 issue of the Tetbury Advertiser. I’ll post the December one tomorrow.

A recent free concert at St Mary’s, Tetbury by the St Cecilia’s Singers provided a lightning tour of four hundred years of Anglican choral music, from Tallis to Tavener. Listening to the music, I gazed up at the soaring windows and ceiling, remembering from school history lessons that Gothic architecture was designed to draw the eye heavenward. St Mary’s high box pews reminded me, as box pews always do, of earthly coffins. Memento mori all round, then.

Actually, I really like box pews. On this cold, crisp night, they made effective draft excluders. In the current energy crisis, perhaps we should box in our sofas at home, creating little pockets of warmth to keep us toasty as temperatures fall.

Driving home beneath a bright near-full moon with the choir’s exquisite harmonies resonating in my head, I fell to wondering which pieces of music would define me. I don’t mean in the “favourite tracks” style of Desert Island Discs, a programme I’ve adored since childhood, when I thought the guests really was despatched to a desert island after the show, but which songs are most significant in my life.

My parents tell me that at the age of three, I used to go around the house humming Mozart’s Eine Kleine Nachtmusik, thanks the Readers’ Digest boxed set of classical music LPs that they constantly played for comfort during the long cold winter of 1963. Their hopes that I might prove to be an infant prodigy were short-lived, however. My musical career peaked at the age of six when I was chosen to sing the first verse of “In the Bleak Midwinter” for my infant school’s carol service as a duet with a boy called Patrick. It’s still my favourite carol, and the words of the last verse always makes me tear up.

Fast forward to the birth of my daughter, by elective Caesarean for medical reasons, when the surgeon invited us to bring a music CD to play during the procedure. We chose Canteloube’s “Songs of the Auvergne”. Maybe that’s why my daughter sings cheerfully and non-stop around the house.

When she grew up and needed me less in the evenings, I joined a village choir and took up church bell ringing. Both activities provide a sense of connection not only with my late grandfather, a church choirmaster, and my great-grandfather, an accomplished bell ringer, but with church communities that go back even further than the four centuries covered by the St Cecilia Singers’ concert. This was never more apparent than when we rang and sang in September to commemorate the passing of the Queen and to celebrate the proclamation of the King.

Being part of such a timeless tradition brings with it a sense of optimism – the feeling that whatever else changes around us, all will be well. So if you’re feeling glum at the onset of winter, embrace whatever music makes you feel better.

Drawing on my own musical experience, I plan to write Sophie Sayers stories about the Wendlebury Barrow church choir and the Wendlebury Bell Ringers in 2023 – watch this space!

In the meantime, Boldwood Books are publishing their new editions of Sophie’s fifth and sixth adventures in January (Murder at the Well – previously Murder by the Book – and Springtime for Murder),  the seventh (Murder Lost and Found) in February, and an all-new eighth adventure, Murder in the Highlands, in March!