Deep into seasons of mellow fruitfulness now (and wind and rain!), our summer holiday seems like ancient history , but for sake of keeping a complete record on my blog, here’s my column for the September edition of the Hawkesbury Parish News, which I sent in from the Scottish Highlands on my summer holiday to meet its mid-August deadline.

Taking our summer break during the school holidays, we are used to leaving home when the Cotswold countryside is green and tidy and returning to find it golden brown and unkempt. It’s as predictable a transformation as from pre-holiday hairdo to post-holiday hair; only the colours are different.

But this year we were wrong-footed by the early burnishing of the fields. Thanks to the July heatwave, the local landscape was baked brown before we left.  Even that hardy perennial, grass, instead of springing back beneath our bare feet, crunched underfoot like broken biscuits.

The further north we drove, the greener the landscape. Not least because there was rain. Lots of rain. The fields beyond Gretna were as bright and fresh as any you might find in the Emerald Isle.

And the days lengthened. At the time of writing this column, ensconced in Glencoe, we are far enough north for dusk to fall a full forty minutes later than in Hawkesbury. August in the Highlands feels like Hawkesbury’s July.

So when we get home, as we always do, in time for the Hawkesbury Horticultural Show, we’re going to be completely confused. We all know that the Village Show marks the last day of a Hawkesbury summer. But my body clock will still be waiting for August to begin.

This post about seasonal writing first appeared on 30th August on the Authors Electric blog, for which I’m now a regular monthly contributor. (I write a new post on the 30th of each month).

When I started planning the cosy mystery series I’m currently writing, I thought I had a bright idea: I’d make the seven books span the course of the year.

What’s not to love about writing a book for all seasons, and then some? Whatever the time of year, I’d have a topical book to tout.

Given that my Sophie Sayers Village Mysteries are set in a small (fictional) English village (no surprises there), its residents are naturally very conscious of the seasonal changes, and their social calendar dictated by the time of year.That’s just how it is in the small (non-fictional) English village in which I’ve lived for the last twenty-six years. Here in my real life village, I’m so much more aware of the passage of the seasons than when I lived and worked in and around London.

Working in a city centre, I was more likely to spot the season by what was in shop windows, rather than by the appearance (or disappearance) of lambs and the like.

Bikinis in Marks and Spencers? Ah, then it must be February.

I much prefer the rural indication of the coming of spring: seeing the lambs appear down my lane.

Yes, I often share my street with sheep, or sometimes cows. Today we passed a few chickens pottering about at the roadside outside the local farm shop. Well, where else would a chicken go to do its shopping?

And if there’s a traffic jam down my way, it’s more likely to be caused by a farm vehicle than a stream of commuter cars. On nearby Sodbury Common, herds of cows frequently block the road.

For those who don’t live in the country, reading the Sophie Sayers books will give them the chance to enjoy the seasons vicariously as they work their way through the series.

Until I try to launch my new autumn read, Trick or Murder?, full of mists and mellow murder, on a searingly hot August Bank Holiday weekend, when we can almost convince ourselves that summer still has weeks to run.

I find myself not wanting to even think about the autumn, never mind promote my autumn-themed book.

It seems unkind to remind people that autumn is just around the corner, like the supermarkets that start hyping back-to-school wear the minute the schools break up for their summer holidays.

Standing in scorching sunshine talking about Halloween and Guy Fawkes’ Night – key events in Trick or Murder? – seems as tasteless as touting mince pies and Christmas cards in September. Yes, I know Tesco’s will be doing that. I rest my case.

I know that commercial traders, including bookshops, will carry on regardless, marketing things at least a season before we really want to think about them.

But I’ve decided to launch my Christmas special for the series, Murder in the Manger, for the day after Guy Fawkes’ Night, and not a minute sooner.

Time passes us by all too fast without me fast-forwarding the seasons.

In the meantime, I plan to make the most of whatever remains of the summer sunshine.

May we all have many sunny days yet to come.

The first two books in the Sophie Sayers Village Mystery series are now available in ebook and paperback. You don’t need to read them in order, if you prefer to start with the one most appropriate for the current season. The third book, Murder in the Manger, will be out on November 6th. 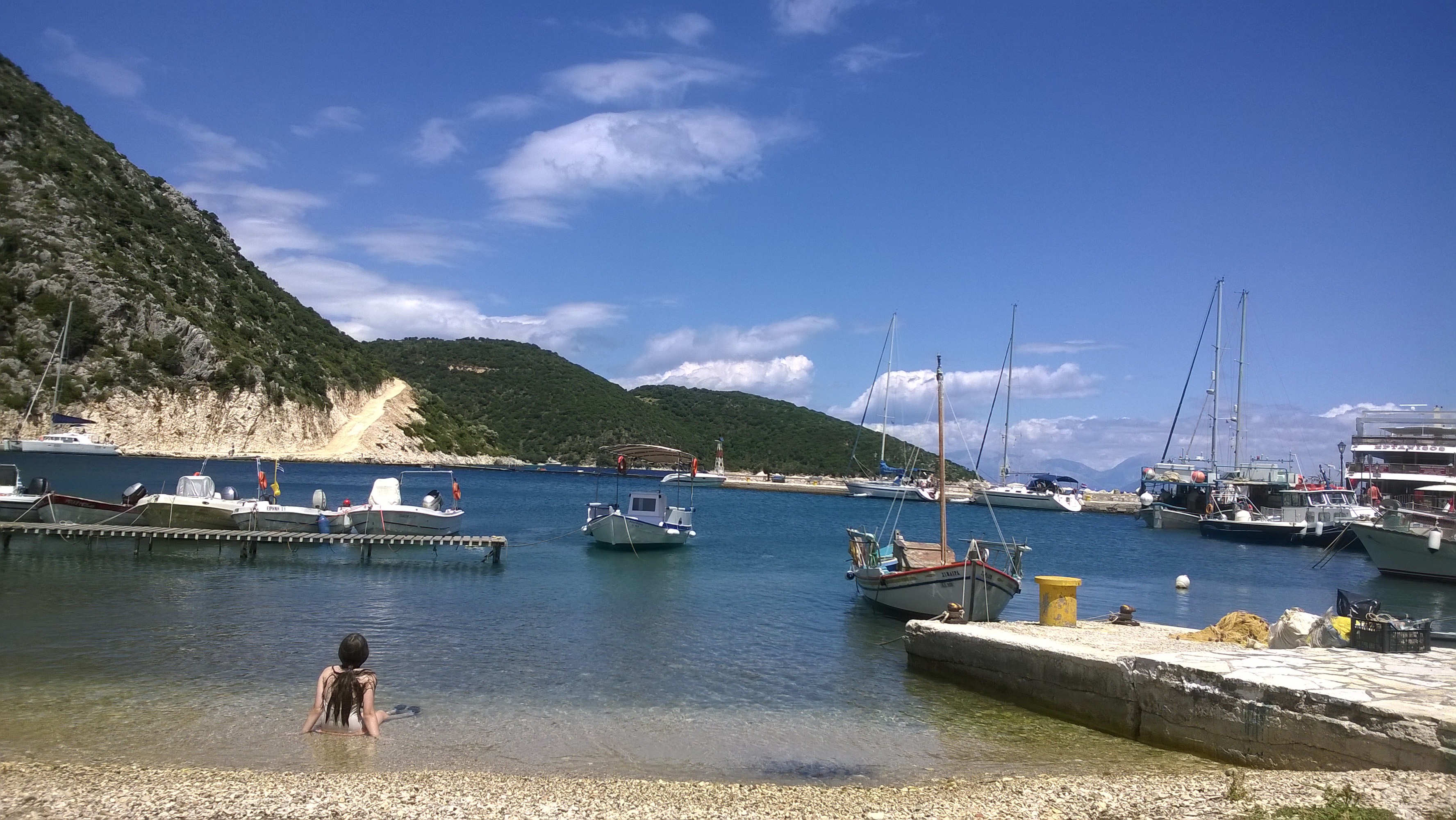 With the shortest day fast approaching, I’m already thinking about Spring. That’s because I’m starting to plan a collection of short stories due to be released at Easter.

As in the world of fashion, if you’re planning to write topical fiction, you have to think at least one season ahead. I therefore started writing my festive short story collection, Stocking Fillers, while soaking up the Greek sun back in August. At first, it seemed seem strange to be writing about Christmas while wearing a swimsuit. It got easier a couple of weeks later, when I spent a fortnight in Scotland. Although it was still only August, the weather was more like November. But as my daughter always likes to say, “We don’t go to Scotland for the weather”.

Available to buy as an ebook or in paperback from the start of December, Stocking Fillers consists of twelve short stories, all humorous, as various characters prepare for the big day. My favourites include a grumpy middle-aged dad penning his first Round Robin Christmas letter, a little boy wise beyond his years offering Santa time management advice, and a busy mum wondering how on earth she’ll fit in all of her chores before Christmas Eve. Not every character is loveable, and the stories aren’t all sugar-plum sweet, but I hope you’ll find them fun. If you’d like signed copies to give as gifts, just give me a shout and I’ll be happy to add a special message by hand.

Wishing you all a very happy Christmas!

No, not in the Bob Marley and the Wailers sense (much as I love them), but in terms of preserving fruit.

I hadn’t made jam for years, but when I ran out of jam on a Sunday after the village shop had closed, I decided to bite the bullet – or rather the gooseberry – not least because I still had last year’s fruit in my freezer. I’d been lapped by the seasons.

Before dusting off my old jam kettle, hanging redundant in the larder for years, I consulted my book of jam recipes. Its pages bear so many splodges that it almost counts as scratch-and-sniff. The book reminded me what a gloriously simple process jam-making is. It’s more like chemistry than cooking, and when it goes well, with the kettle full and fragrantly bubbling, it’s as exciting as discovering the secret of alchemy.

When my first batch produced the perfect set, I was glad I hadn’t forgotten how to do it. Jam-making is thus rather like riding a bicycle, only stickier.

The Joy of Jam

And what a difference there is in the taste! Home-made jam is to factory jam as swimming in the sea is to a dip in Yate pool. It’s like seeing an Old Master in a gallery rather than in a picture book, or viewing a landscape with the naked eye rather than through a camera lens. It’s a genuine, all-round sensory experience.

My first taste of this batch of gleaming red gooseberry and apple jam, a tantalising medley of colour, sharpness and sweetness, put me in mind of the moment when I got my first prescription glasses and looked out of the window at the woodland on the hill beyond the garden.

“My goodness, have those trees always had so many separate leaves?” I wondered, used to seeing just a large green blur.

My biggest problem now will be to make these jars last. After all, it’s never too early to start planning for the Hawkesbury Show…

You might enjoy some of my previous posts about the village show:

This post about my summer holidays first appeared in the Tetbury Advertiser’s September issue.

I shall remember this summer break as the holiday of two extremes – scorching, dry sunshine and chill, torrential rain, as I flitted from Ithaca to Inverness.

Our trip to Ithaca was a busman’s holiday for me. I was helping to run the Homeric Writers’ Workshop and Retreat, so called because the island was the start and finishing point of perhaps the most famous journey of all, that of Odysseus, as chronicled by the ancient Greek master storyteller, Homer.

Our Scottish trip was occasioned by my husband’s own odyssey – to climb all 282 Munros, the Scottish mountains of 3,000 feet or more, named after the man who first mapped them.

On Ithaca, the weather was idyllic: constant sunshine, cornflower-blue skies, refreshing sea breezes, all day every day. The locals apologised that there were clouds in the sky – tiny Persil-white puffballs – apparently not usually seen between June and September.

A few days later, when we flew into Inverness to meet my husband (already there in our camper van, with 20 more Munros crossed off his list before we arrived), steady rain was falling from steely skies. As we headed west for Ullapool, the clouds became more leaden. Linen sundresses, so comfortable on Ithaca, were supplemented with leggings, t-shirts, cardigans, shawls – all at once.

On Ithaca there are constant reminders to conserve water, always in short supply on this tiny island. In Scotland, there is evidence everywhere of the abundance of local water: high and raging rivers, waterfalls and landslips beside the roads. New flood defences are under construction wherever we go, and not a moment too soon. If there’s ever a global shortage of water, Scotland’s a dead cert for world domination.

Yet as we retreated southwards, I realised that my two holiday destinations weren’t so different after all, and not just because they both prompted us to haemorrhage money on dubious souvenirs.

Both have a vast diaspora, thanks to economic migrants driven to North America, Australia, and South Africa by the Highland Clearances in Scotland and by the 1953 earthquake in Ithaca.

Both landscapes are scarred by the ruins of abandoned, simple stone houses, surprisingly similar in structure and appearance.

Both populations departed with a deep love of their homeland imprinted on their hearts. Whenever they can, they return. Australian, American and South African accents abound on Ithaca. In Scotland, 2014 has been declared Homecoming year, to mark the 700th anniversary of the Battle of Bannockburn, at which the Scots trounced the English. (By chance, my husband hails from Bannockburn.)

I feel privileged to have been able to holiday in places that so many people, all over the world, will always regard as home. Yet I’m also glad to return to the Cotswolds, which, as a small child on holiday there, I resolved I would one day make my home.

Because as Homer himself once said: “Nothing is sweeter than home”. At least, that’s what it says on my Ithacan souvenir fridge magnet.