Skip to content
A great news item on the Today progamme this morning about a Tesco store in Cardiff banning customers who are wearing their pyjamas, “in case it offends other customers”.  Apparently there is a trend among young mums to wear pyjamas all day.
On the evening news, a lady makes an eloquent tribute to pyjamas as comfortable, well-made, easy to launder, cheap, colourful, appealing to the wearer’s children and so on.  By the end of the article, it is hard to resist the argument and one begins to understand why young mums are spending all day in them, not bothering to change if they have to pop out for a pint of milk.
I am particularly gratified by this article because I spent a large part of the Christmas holidays in mine (and not only because I had two rather smart pairs as gifts).  Having been snug and warm in them all night, and intending to do nothing more energetic than a bit of gentle pottering around the house, hiding from the snow, there seemed no good reason for getting dressed.  It drove my husband mad.  (So there’ s a further justification for keeping them on.)
Of course, just wearing pyjamas is not in itself a sign of indolence. Despite being on two weeks’ holiday, I’d be up every day by 8am, make hot drinks for us all, empty the dishwasher, load the washing machine, tidy up,  write a letter or two, check my emails, feed the guinea pigs, break the ice on the birdbath, putout  scraps for the birds  – all before my husband and daughter were out of bed. As I was just about to sit down to catch my breath, my husband would trudge downstairs, having done nothing more strenuous than drink the tea I’d made, and claim the moral high ground because he was dressed.
What is it about pyjamas that makes people brand the wearer lazy?  They would have to be an excellent disguise for a spy.  No-one would think for a moment that they might be on active service.  Perhaps those Tesco store detectives had better look out. 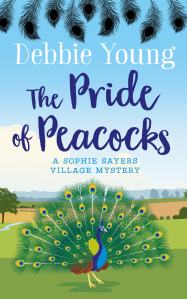