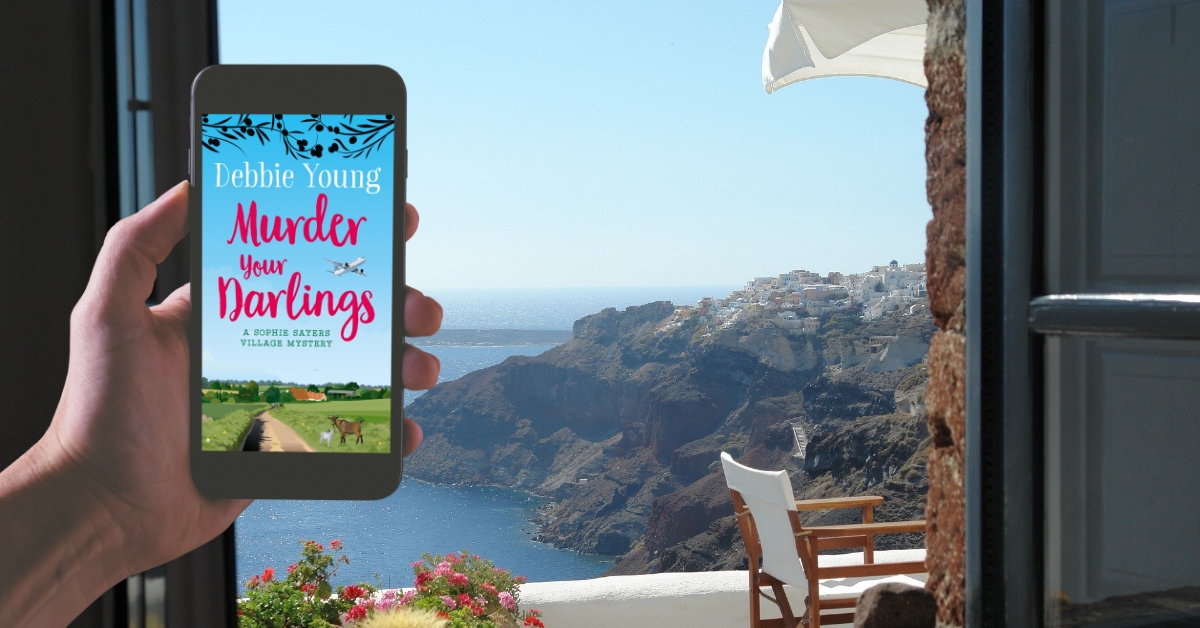 A nostalgic travel piece about coffee in Greece & Albania

During lockdown, I’m drinking much more coffee courtesy of my Nespresso machine, which I continue to love, despite a Times journalist recently referring to it as “the Fisher Price of coffee makers”. (Besides, what’s not to love about Fisher Price, maker of the iconic chunky toy telephone?)

Yesterday, during an afternoon in which my garden was as hot as a Greek island, I forgot to collect a cup from the machine until it was cold. Not wanting to waste the coffee capsule, I decided to recreate the iced coffee that I used to enjoy on holiday in Greece – or café frappé, as they call it there. This refreshing long drink is not to be confused with the tiny cups of stronger stuff supped by backgammon players in the local kafenio.

With echoes of Proust‘s madeleine, the first sip took me back to the Greek islands where I spent a lot of time in the early Noughties, frequenting touristy tavernas and bars as we island-hopped around Zakynthos, Kefalonia, Ithaca, Lefkas, Corfu, and more.

More recently, spending an idyllic week at a writers’ retreat on Ithaca, run Jessica Bell at the delightful Hotel Nostos (which I highly recommend, by the way, once lockdown is over), café frappés sustained us through our daily writing sessions. (I’ll be writing more about that experience in a later post.)

But my favourite coffee-related memory relates to an earlier stay in Corfu. When my daughter Laura was three, I booked a Durrell-inspired pilgrimage to the island setting of Gerald Durrell‘s My Family and Other Animals, staying in Kalamis, the village in which his brother Lawrence lived and wrote. I’d had this ambition since first reading the book at the age of 12.

I hadn’t realised until I travelled to Corfu that just a few miles across the water lay Albania, a closed communist country which had somehow managed to fall out with the entire Eastern European bloc, leaving China as its only trading ally. Its repressive regime was notorious, and many of its citizens tried to flee Albania for Greece in search of a better life. This was illegal in Albania and any would-be migrants faced harsh punishment.

The only Albanian national I’d ever met was in Lefkas, where we used to have a small share in a small sailing yacht. Commonly known as Albanian George, he was a former circus performer who ran the Ola Kala Bar on the main drag in Nidri. He’d lure in tourists by doing handstands on the tables and riding through his taverna on a unicycle. We liked him very much.

From Corfu to Albania

When in Corfu Town I spotted a boat running day trips to Albania, I couldn’t resist. I had assumed its borders were closed to tourists, so snapped up the chance to visit. The journey to the Albanian harbour of Saranda was only a few miles, but was topped and tailed with strict immigration procedures. The tight control continued when we reached our destination. It became clear that our excursion would be spent in the company of official government guides wherever we went.

It reminded me of a day trip I’d had a decade before, from Hong Kong while still under British rule to mainland China, where we were only allowed to see the official version of the country. I soon wised up that when our sweet Chinese tour guide, Polly, said “Look left”, it was more interesting to look right to spot what they didn’t want us to see. (Polly was enchanted when a member of our party introduced her to the old nursery rhyme “Polly, Put the Kettle on”.)

In Albania, our day included a walking tour of Saranda, a town very much under construction, which the government was hoping to turn into a major attraction for the yachties that flocked to the Ionian. Our first port of call was where the coffee connection comes in. The coach took us to a small, old-fashioned hotel for a restorative drink after our journey. There was no menu – just instant coffee all round, in chunky white mugs emblazoned with the international Nescafé logo. The staff were clearly proud and excited to offer it to us, so we tried hard to look suitably impressed and grateful.

Charmed by the Children

As we got back on our coach, numerous small children crowded around, pressing us to buy their souvenirs in exchange for valuable Euros, chattering in English. Charmed by these dark-eyed, glossy haired young entrepreneurs, whose average age must have been about ten, I quickly parted company with all the Euro coins in my purse in exchange for trinkets made in China: plastic bead bracelets and cotton handkerchiefs. I wondered whether the Nescafé mugs had also come from China.

Bowled over by Butrint, a UNESCO World Heritage Site that gave us a potted history of Albania, we returned passing fields where the crops were being hand-harvested with scythes, to Saranda for a walking tour. This included a stop at the official government souvenir shop that stocked virtually no souvenirs. Still, I was pleased with an Albanian colouring book, a board book of Albanian words and pictures, and a small bag bearing the Albanian double-headed eagle, all for Laura.

The tour ended with an invitation to sample the local spirit. Our Greek tour operator had warned us against this firewater. With a three year old in tow, we decided to spend the rest of our time in Albania enjoying a stroll along the seafront, inspecting the marina under construction. Everyone else hit the harbourside bar.

Further down the promenade, Laura’s eyes lit up when she spotted an off-duty carousel bearing the most unchildish assortment of rides. Instead of the traditional painted horses, there were only miniature government vehicles: tanks, jeeps, police motorbikes and other symbols of state authority.

With no staff in attendance, the best we could do was to let her climb up on the platform to walk around. Suddenly a throng of olive-skinned Albanian children appeared from nowhere. Entranced by Laura’s blonde hair, blue eyes, and fair skin, they scooped her up, sat her in a tank, and jumped down onto the promenade, where they proceeded to push the carousel round manually, delighted at her obvious pleasure. After a while they stopped and sat her in a police car, and so it continued.

“I’m sorry, I have no money to pay you,” I said, opening my empty change purse to show them.

They understood, but were not downhearted. They may have hoped for a tip, but they were motivated by kindness, not money. One boy even ran home to fetch a packet of biscuits, offering them to Laura and to us. They carried on entertaining her until it was time for us to leave to catch our return ferry.

Touched by their generosity, we were sorry to have to say goodbye and felt guilty to be returning to our comfortable holiday back on Corfu. We’d heard how impoverished the Albanian people were and feared for the children’s future in their totalitarian state.

But perhaps we need to not have worried. The Albanian government’s plans for Saranda paid off, and apparently it’s now a favoured cruise ship destination. With hospitality like that, I’d return in a heartbeat if I could – although I suspect I saw it at its best, before the crowds descended. I certainly count that day trip it as one of the best holidays in my life. It even made me think a little more kindly of Nescafé,

(Apologies for the lack of photos – I have no idea where my photos from so long ago are stored. Sorting out my photo archives should be my next lockdown project!)

Café frappés prove popular with Sophie Sayers when she spends a week at a writers’ retreat on a tiny Greek island in my latest novel, Murder Your Darlings, available now in ebook and paperback.

Order the ebook for the ereader of your choice.

2 thoughts on “Nescafe in Albania”