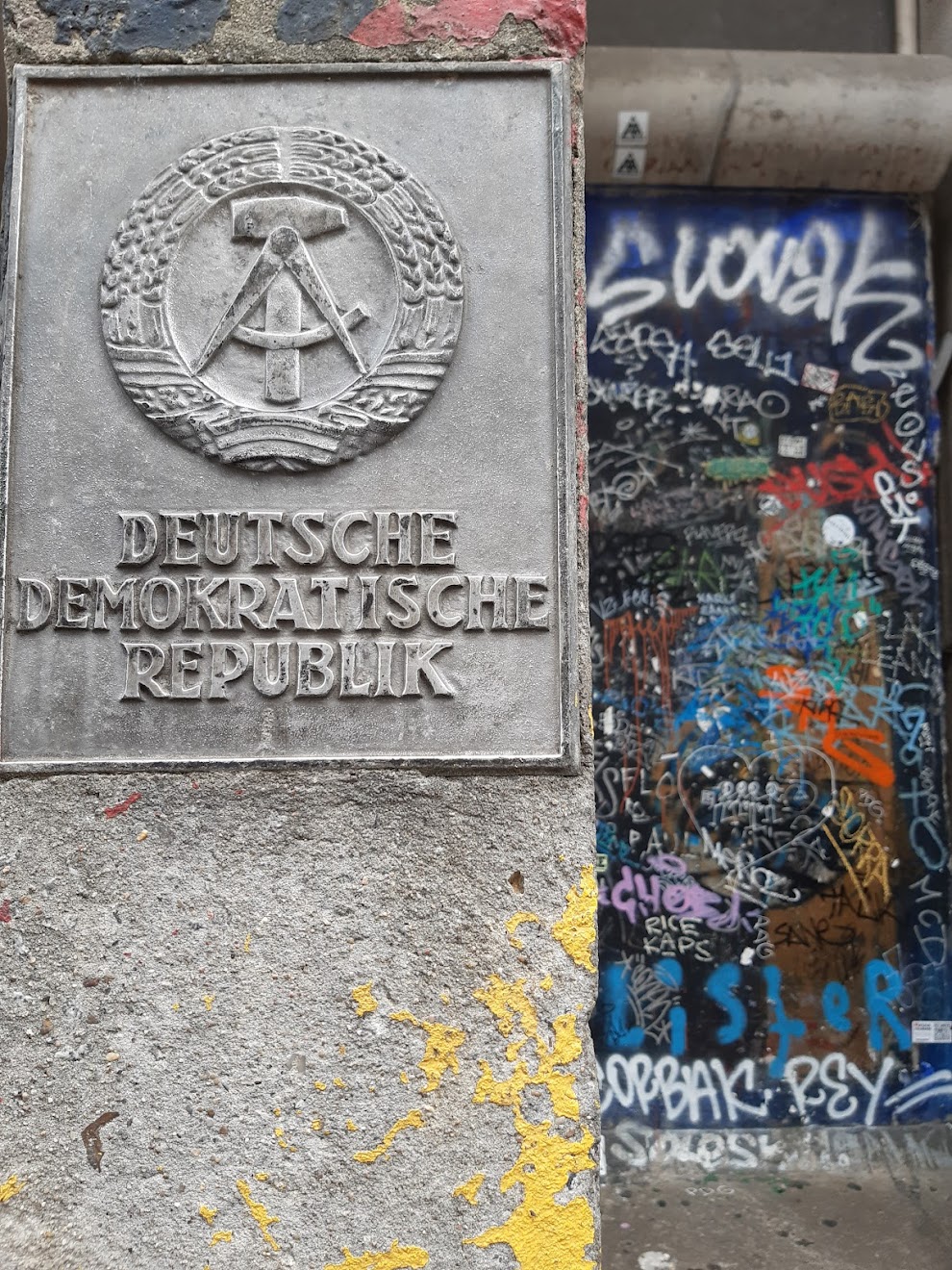 Preparing to visit Berlin for the first time a few weeks ago, I was unsure what I might find there.

My expectations had been partly shaped by a blend of fiction (Isherwood), film (Cabaret), and song, (Bowie’s “We Can Be Heroes”).

At school I studied twentieth century history to A Level. In those days, the Berlin Wall was an impenetrable barrier between East and West, and I was living in Frankfurt with a postal address in West Germany.

Packing for our city break, I discarded the book I’d been saving to read on the trip: a historical novel set in Berlin during the Second World War. Might it be offensive to be seen reading a story about an era Berliners would prefer to forget?

I need not have worried.

The city turned out to be full of reminders of both World Wars and the Cold War, now serving as incitements to peace.

Even parts of the hated Berlin Wall have been left standing. When the Wall fell in 1989, Berliners resisted their initial impulse to destroy the whole of this brutal divider of East and West. Instead, they kept parts of it intact as a reminder of the importance of the freedom and democracy which the Wall once denied them.

The rest of it was to be painted by local artists, then broken up for sale as souvenirs. The Wall was so huge that there are still plenty of pieces to meet tourists’ demands, and they must be a healthy source of revenue for the city’s coffers.

Standing outside our hotel on the Kurfürstendamm (Berlin’s answer to London’s Bond Street), we could hear not the roar of traffic, but copious birdsong.

There are very few motorists, because Berlin’s public transport system is so efficient and affordable that you don’t need a car to get around. Their trams, trains, U-bahns and buses are also very easy to use. There are no ticket barriers anywhere, as it’s assumed all travellers will be honest and buy tickets. This trust may not be misplaced, according to Lenin, who joked, “If Germans ever stormed a railway station, they’d first buy a platform ticket.”

As in British towns, electric scooters are rife. The abundance of cycle paths in this flat city allows them to operate relatively safely. I wish I’d been quick enough with my phone camera to capture a sight that seemed to epitomise twenty-first century Berlin: a stream of electric scooters gliding freely past Checkpoint Charlie, still maintained as a landmark, into what used to be East Berlin.

I had an unfortunate encounter with an electric scooter near the Brandenburg Gate, when I tripped over one left lying on the pavement. The scar on my left knee was an unwanted souvenir. But I also brought back a much better souvenir: a piece of the Berlin Wall,  which now sits on my desk as a permanent reminder to myself that no obstacle is truly insurmountable. Except that electric scooter by the Brandenburg Gate, obviously.

If you enjoyed this piece, you might enjoy this short story I wrote a couple of Christmases ago as a guest post for Helen Hollick’s blog, in which a souvenir of the Berlin Wall plays a crucial part: Christmas Ginger. It was later selected for L J Ross’s Everyday Kindness anthology in aid of Shelter, the charity for those without homes or in poor housing, and in the audiobook  edition it was read by the distinguished actress and novelist Celia Imrie.