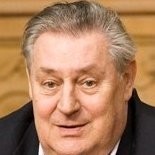 In this week’s post, I pay tribute to the late Dr Stuart Sharrock, a highly intelligent and generous man who made a lasting impact on my life.

The first job that I really enjoyed was working for a trade journal, Telecommunications, when I was in my twenties. I knew nothing about technology and cared less, but really wanted to work in magazine publishing and journalism, and the advertised post of Editorial Assistant seemed a good starting point.

When I discovered the office was in a vibrant part of central London, just round the corner from Buckingham Palace, in a mews behind a high-profile street in Belgravia, an easy commute from my south London flat, I was even keener to apply.

Quickly taken under the wings of both Dr Stuart Sharrock as Editorial Director and Editor Denis Gilhooly (a fellow English graduate), by the time I’d left the magazine a few years later, I’d been promoted to News Editor, having learned a huge amount about writing, editing, news reporting, and magazine publishing.

I’d even learned enough about telecommunications to write articles explaining the technology to others, which amused my father, a career computer engineer.

I’d also gained enough confidence to accept a job offer out of the blue from Brandon Gamester, the charming co-director of technical PR firm Gamester Kenyon, based in an old banana warehouse in London Bridge – but that’s another story.

Such a Generous Mentor

When I gave in my notice, I said to Stuart that the reason I was leaving was that I had gone as far as I could with the magazine and could never rise to be editor. “You could,” he said kindly, ever generous with encouragement to his staff, many of us  recent graduates at the start of our careers. I still don’t believe him, but it was characteristically generous of him to say it all the same.

During my time at Telecommunications, Stuart trusted me with some heady responsibilities, not only attending press conferences and trade events in the UK, but also travelling around Europe. Our magazine was the “international” edition of an American journal (ie rest of world outside of America).

On a personal level, I made the most of the travel opportunities, booking the latest return flights I could and adding on the odd day’s holiday, to allow me to see something of my destinations, not just the inside of conference halls and technical plants.

My favourite assignment was to Geneva in the summer of 1987, where I worked for a couple of months editing the trade catalogue of Telecom 87, the biggest trade conference of its kind in the world.

Telecom 87 was held only every four years, like the Olympics. The exhibition was run under the auspices of the International Telecommunications Union (ITU), part of the United Nations, and the catalogue had to be published in English, French, Spanish and German.

My job was to coordinate the editorial entries and proofread them prior to publication. With a working knowledge only of English, French and German, I winged it on the Spanish and got away with it.

While he remained in our London office, Stuart made sure I was well looked after in Geneva. arranging for me to work in the office of the company that had won the catalogue printing contract. Conscious that a young single girl might feel vulnerable alone in a strange city, especially one teeming with rich businessmen from many different countries, he arranged for me to stay in a comfortable bedsit rather than a hotel, which allowed me to be more self-sufficient and independent. (Stuart was far more streetwise than me, as this cautionary tale from that same summer demonstrates.)

I was allowed to claim expenses for eating out, but this was not as a great perk as it might seem. In those days, many restaurants in this affluent city were suspicious of the motives of women dining alone, as were some of the less enlightened male diners, which could make for an uncomfortable evening. My expense claims were therefore dominated by receipts from the Geneva branch of Kentucky Fried Chicken. Stuart was highly amused.

Stuart shared and evangelised for his love of good dining by encouraging his staff to be more adventurous. When he came over for a meeting in Geneva, he introduced me to his favourite restaurant and guided me through the menu. Back in London, he treated my colleague Daniel Brown and me to a Japanese restaurant to introduce us to sushi, which had not yet taken off in the UK.

Another time he took us to the iconic restaurant, The Gay Hussar, whose left-wing politics were as famous as its Hungarian menu. A legend among left-wing journalists and politicians (I think Stuart had once been a communist), its walls were groaning with signed portraits of grateful customers from the highest echelons of British journalism and government. Egged on by Stuart, I chose the carnivore platter. I don’t think I got much work done that afternoon, I was too busy digesting.

But don’t let these colourful memories persuade you that Stuart was just a pleasant fellow with a large expense account and a love of fine food.

Beneath his diffident, gentle exterior lurked the most amazing scientific brain.

Before he took up residence in his modest office in the corner of that Belgravia mews, he had had the most illustrious career a scientist might hope for: following academic qualifications in Nuclear Physics, he worked at CERN and in Russia, and was part of a team that won a Nobel Prize for Physics. Sidestepping into journalism, he was the youngest editor of Nature, the leading and most intellectual science journal in the UK. Details of his subsequent career are recoreded in his obituary Telecoms.com, which you can read in full here.

It saddens me now to think that after I left that job, I barely crossed paths with him again, although I knew he had gone on to do more great things and was highly respected by all who knew him in the world of telecoms, in which he remained for the rest of his career. And I always recognised what a privilege it was to work with him.

As another great physicist and Nobel Peace Prize laureate said – Professor Sir Joseph Rotblat who had worked on the US Manhattan Project developing nuclear arms before devoting the rest of his life to campaigning for nuclear disarmament – “Regret is a sterile emotion”.

(I was lucky enough to hear him speak at a public lecture at Westonbirt School not long before he died in 2005. He spoke late into the evening, before apologising that he had to go to catch a plane to Geneva “to collect another award”!)

It seems appropriate to find comfort in the words of another physicist.

I don’t suppose either of these great men believed in any notion of heaven, but the eulogy that was read at his funeral, “A Eulogy from a Physicist”, explaining that even in death all your energy remains in the universe, provides a different philosophy.

(Read ‘A Eulogy from a Physicist’ here: https://futurism.com/the-science-of-death-a-eulogy-from-a-physicist)

As one of the comments on his online obituary says, it is so very Stuart.