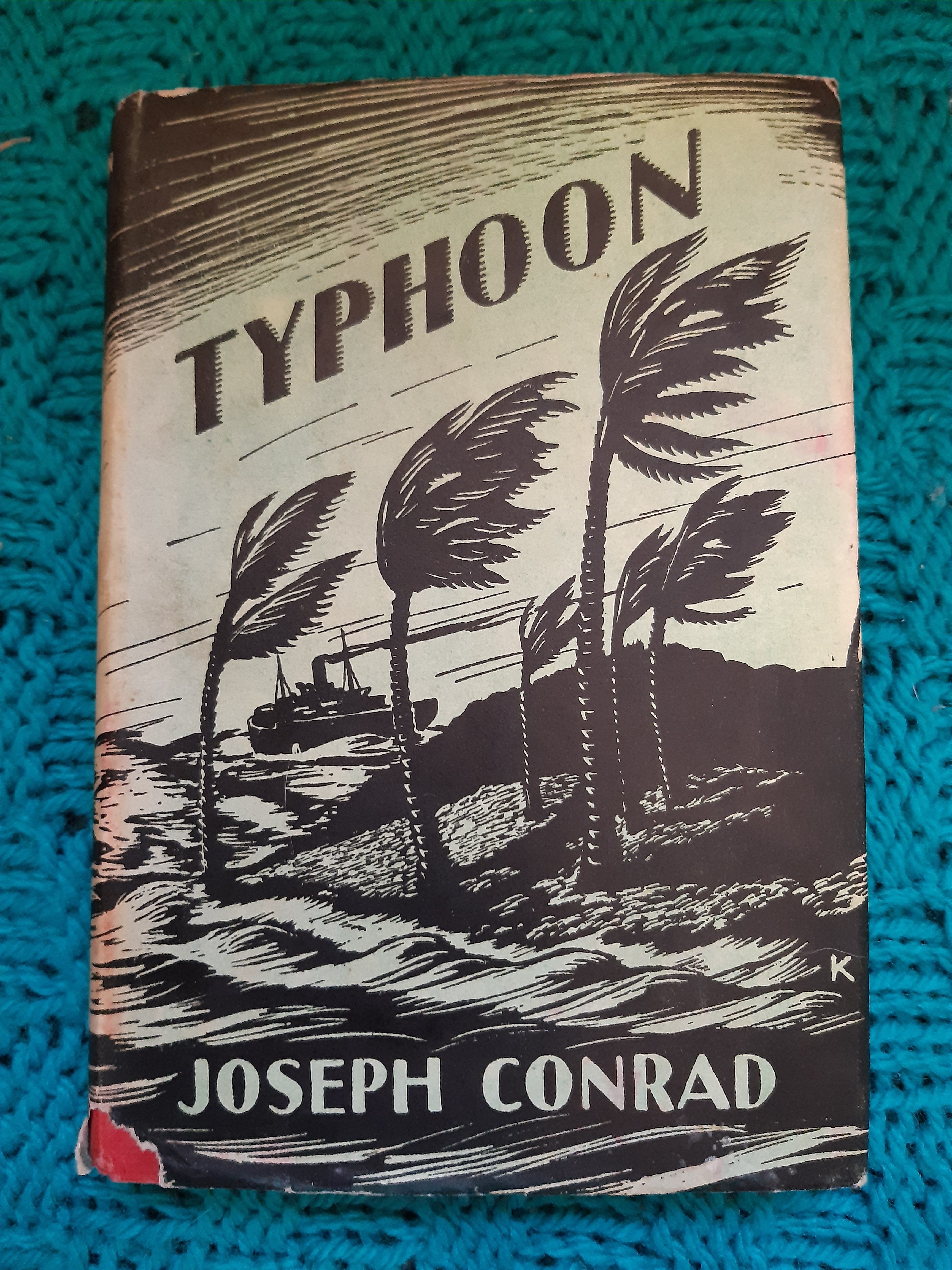 In my column for the September 2020 issue of the Tetbury Advertiser, I’m musing about my love of secondhand bookshops and the unexpected treasures to be found in them.

Ah, the joy of browsing through secondhand books! – one of the few things I missed about not having a summer holiday this year. Wherever we go, we always end up in vintage bookshops. They’re my main source of holiday souvenirs and more besides.

Last August in Norfolk, the proprietor of The Old Station Bookshop in Wells-next-the-Sea introduced himself to us as Harry Potter’s potter. Some years before, a film company’s properties scout had spotted the bookseller’s side-line in ceramics, nestled between the books. A few days later an order arrived, presumably delivered by owl, for two sets of matching pots in different sizes – one small version for Harry Potter and chums, the other scaled up for Hagrid the giant.

The film scout had clearly adhered to

my golden rule of second-hand bookshop shopping: never look for anything in particular.

On no account take a shopping list because you won’t find what you’re looking for. Instead, browse the shelves with an open mind, and let the books find you.

The best second-hand books leap out at me with extraordinary timing. A vintage copy of Where No Mains Flow, Rebecca Warren’s witty memoir of restoring an old cottage, kept my sense of humour intact as we did up our own place.

Just after I’d joined a VE Day 75 committee, the first book I saw at the Bookbarn near Wells was a slim hardback of The White Cliffs, Alice Duer Miller’s novel in verse written in 1940. (Yes, it predates the Vera Lynn song.) I’d never heard of it, but in its heyday it sold a million copies and was even credited with bringing the Americans into the Second World War.

Just after my sixtieth birthday in January, I decided to reread Graham Greene. On my next visit to a secondhand bookshop, I picked up A Burnt-out Case. Wondering when it was published, I opened the book at the copyright page: 1960, same vintage as me. Suddenly I felt very old.

For the Love of Covers

Then there are the books I’ve acquired simply for the sake of their covers. Naturally, it was during Storm Ciara that a vintage hardback of Joseph Conrad’s Typhoon leapt out at me, its cover so atmospheric that you can practically hear the wind roar.

Best of all are the curiosities bought as talking points. Who could resist Sir Arthur Conan Doyle’s The Return of Sherlock Holmes printed entirely in Pitman shorthand? Now all I need to be able to read it is an old copy of Teach Yourself Pitman Shorthand. But I’d better not go searching, or I’ll never find one.

Such is my love of secondhand books that in my Sophie Sayers Village Mysteries series, I’m planning to make Hector Munro to start a vintage section in Hector’s House, the bookshop at the heart of this series. He already has a large private collection of what he refers to as his “curiosities”, and these occasionally play a part in my stories, such as a festive short story that I wrote last year – you can read it here for free if you can bear to think about Christmas just yet!

His curiosities collection also gets a mention in my new book, The Clutch of Eggs, the next in my Tales from Wendlebury Barrow Quick Reads series, which will be out in October – more news of that to follow shortly. (You can join my Readers’ Club mailing list here if you want me to notify you of the publication date.)

Then in the eighth book in the Sophie Sayers series, one of his “curiosities” will be at the heart of a mystery that takes Sophie and Hector from Wendlebury Barrow to the Scottish Highlands.  But first I must write the seventh – Murder Lost and Found, my November project, for the first draft, anyway!