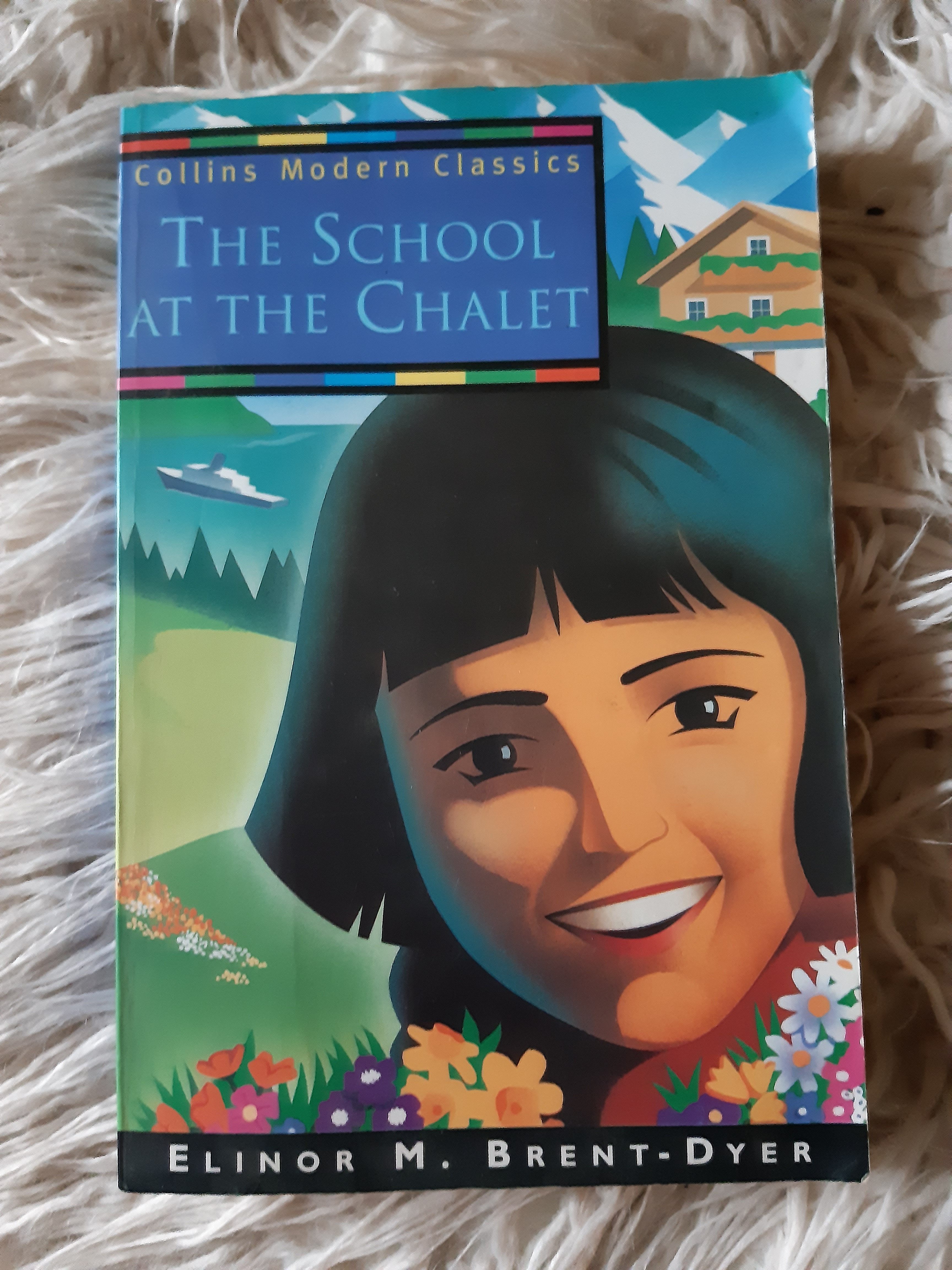 When last year I launched my St Bride’s series of school stories for grown-ups, I discovered that many of my author friends had a secret passion for school stories of one kind or another – from children’s classics (such as Anne of Green Gables) through affectionate parodies (Molesworth) to adult novels set in schools (The Prime of Miss Jean Brodie).

I’m delighted that this month’s guest, Juliette Lawson, has chosen one of my favourite vintage children’s school series, Elinor M Brent-Dyer’s Chalet School books, which was launched in 1925 with The School at the Chalet.

Hello, Juliette, and welcome to my blog! To kick off, could you please tell us a little about The School at the Chalet for the sake of any readers who aren’t familiar with it?

This is the first book in the series. Madge Bettany sets up a school in Austria after her guardian dies; she believes the climate will help her younger sister Joey’s (Jo’s) fragile health. It attracts locals and boarders, girls of various nationalities. There are conflicts, disasters, and bad behaviour among the girls, but all ends well, with lessons learned and peace made.

I’ve chosen the first book in the series, but I read many of them while at school, all in hardback. I don’t think the library had all 64 of them though!

I was probably around twelve, because I remember our classroom was next to the library in that year, and I was always finding an excuse to go in there. I think I was attracted to the story after going abroad for the first time when I was eleven, to Switzerland and France with Girl Guides. Another favourite book was Heidi by Johanna Spyri, so perhaps I had a thing about mountains! I didn’t re-read any of the Chalet School stories until recently, and I’m 60, so it’s been a very long gap.

It is still very evocative of the Tyrol and has a charm that has lasted. With hindsight I can see why it appealed to me at the time; there’s a sense of freedom, exploration and constant adventures, none of which I ever had. I was drawn to foreign languages (I did French, Latin and German at school and I have a Classics degree), so the idea of a multi-lingual school was fascinating to me.

The characters are still larger than life, full of energy and enthusiasm, and they navigate their way through various problems and challenges with gusto. My original reading was so long ago that I can’t remember if I was aware of the naïveté or whether the old-fashioned language felt alien to me, being from quite a poor background. Now all the interjections of ‘spiffing!’, ‘splendiferous’, and ‘tophole’ are slightly irritating. As an author, I can also spot lots of telling and head-hopping too, which obviously I wouldn’t have known about at the time.

The action never stops – I was always gripped by the story and it kept me reading. I used to get in trouble for reading at the dinner table and not hearing my mother ask me a question (I have to confess it still happens with my husband; he despairs!) There was a core set of characters, but new girls were always coming and going, giving rise to different friendships and inevitable clashes. I’m pretty sure I wouldn’t have worked my way through so many of the series if I’d disliked anything at the time.

Joey – not in the sense that she was like me, but rather because I wished I could be as confident as her, full of ideas, likeable and very adaptable to whatever situation she ended up in.

I didn’t have a very happy childhood, so reading this series was an escape for me. I could let my imagination run loose, picturing myself in the setting. Because the school library held such a lot of titles from the series, I became very used to borrowing books; it probably influenced my lifelong love of reading and appreciation of libraries more than any works of literature (I started university reading joint English Literature and Classics). It definitely opened my eyes to the wider world and showed me that you could make things happen if you worked hard enough – Madge’s confidence that she could set up the school and make it successful was inspiring. One of my greatest pleasures as an adult has been travelling, and I’m pretty sure it gave me that global interest.

I’m afraid there was too long a gap for me to take lessons from it; I didn’t start writing until I was in my fifties!

I attended the primary school across the road from my home, then passed the 11-plus and gained a place at the local high school for girls, the equivalent of a grammar school, which was run on a traditional basis; some of the older teachers wore university gowns and we all had to stand up when a teacher entered the class. After three years, it was merged with the grammar school for boys and a secondary modern to form a comprehensive school, which was a revelation. We were kept in our academic streams for O Levels, but it didn’t take long for the boys and girls to start mixing in the playground! The change coincided with me gaining more confidence, but I’m not sure whether there was a causal link.

I was very musical and from the time we went comprehensive I threw myself into more activities and clubs. School became my oasis, and I was always attending orchestra, choirs, or rehearsals for Gilbert and Sullivan productions. We also had an Archaeology Society and used to go to historic sites on a weekend in the school minibus, driven by our Latin teacher. It would never pass health and safety rules today: there were two benches in the back facing each other, and when we went round a corner, we’d often slide off into each other’s laps, which was great for a group of hormone-ridden mixed-sex teenagers!

In the earlier years of my secondary school, I found it difficult to make friends, so it was very much my own private world, where I could imagine being happy. I never felt lonely when I had my nose in a book.

I very much doubt it – they would probably be in stitches at the language and the old-fashioned tone of it!

Thank you, Juliette, it’s been great fun to share your delight in the Chalet School books.

Juliette Lawson writes heart-warming historical sagas, bringing the past to life through vivid characters in strong settings inspired by her seaside location in NE England.

Find out more about Juliette Lawson and her work at her website: www.juliettelawson.com

Join her Reader Club for regular newsletters and insights into her writing life: www.subscribepage.com/a7f7t3

One thought on “My Favourite School Story: The School at the Chalet – with Juliette Lawson”