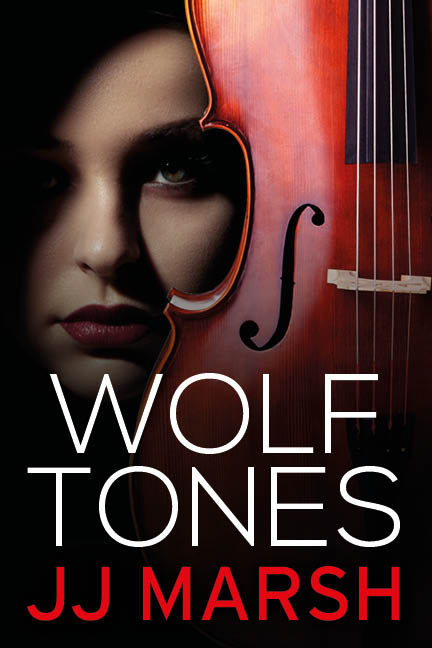 Today I’m delighted to welcome JJ Marsh to whisk us away to Salzburg, Austria, the setting of her new psychological thriller, Wolf Tones. I’ve never been there, but it’s a city I feel I know at least a little, thanks to watching The Sound of Music multiple times. Of course, Salzburg is also the birthplace of Mozart, and it’s the city’s classical music tradition, rather than the exploits of the Von Trapp Family Singers, that permeate Wolf Tones, and I enjoyed its portrait of how orchestras and professional musicians live and work, as well as the gripping plot. Over to JJ Marsh to tell us more!

First, please tell us a little more about Wolf Tones and why you set it in Salzburg.

Wolf Tones is a psychological thriller set in the world of classical music. The Austrian city of Salzburg is the perfect backdrop to my story of dark truths behind an austere facade.

What makes this place such a great setting for thisstory?

Music is everywhere in Salzburg; in churches, in parks, in concert halls and in the street. The legacy of Wolfgang Amadeus Mozart is inescapable: his birthplace, house, statues and of course, his music are defining features of this city.

It’s also extraordinarily beautiful, with a hilltop castle overlooking the city and the Salzach river flowing past Baroque buildings. In fact, the Altstadt (Old Town) is a UNESCO World Heritage site. It’s formal and organised and on the surface, well behaved.

I wanted my character to be thrown into a stiff and very proper environment, both in terms of the orchestra and his surroundings, where he struggles to adapt and learn who to trust.

What is your relationship with Salzburg and how much of your life have you spent there?

Usually I make a point of visiting my locations to ensure authenticity, if only for a weekend mini-break. But I wrote this book in 2020/21, slap-bang in the middle of the pandemic, when travel to other countries was out of the question. So I was dependent on research, friends’ experiences and picking Austrians’ brains.

That said, I live in Zürich. Switzerland has a great deal in common with its next-door neighbour. Café culture, the language, architecture, food and the alpine countryside create a similar atmosphere. My very first trip in two years will be to Salzburg.

Your protagonist comes from elsewhere – what challenges does he face dealing with the local people of Salzburg?

Rolf, the main character, comes from Bratislava in Slovakia. Many Slovaks speak German or English as a second language, but Rolf has some gaps in his education so finds navigating daily life using German and speaking English in the multi-national orchestra a huge challenge.

What are the distinguishing features of Salzburg in terms of geography, geology, flora, fauna or any other detail you care to mention?!

Probably the best known fact about the city is its role in The Sound of Music. All the iconic locations in the film are in and around Salzburg: Maria’s convent where the Nonnberg nuns still sing Gregorian choral music at 06.45 every day; the Mirabell gardens and fountains seen when the children learn Do-Re-Mi; the Felsenreitschule, where the von Trapp family perform their patriotic songs just before fleeing from the Nazis to Switzerland.

As for flora, obviously Edelweiss. These woolly white flowers are rare and only grow on the mountains above 2000 metres. Austrians and Swiss both claim it as their national flower.

You can take walking, cycling and bus tours to visit all the movie landmarks, but your companions will probably be British and American tourists. In the German-speaking world, the film is largely unknown.

Rio Negro, in the heart of the Amazon rainforest. Black River is the second in my Run and Hide series, out October 2021.

Macau, on the Pearl River Delta between Hong Kong and China. I just hope they make decent cakes…

They spent Sunday morning arranging their new apartment to Leonor’s liking, ate a simple lunch of tinned goulash and walked out to enjoy the sunshine. Hand-in-hand, they strolled the streets, delighting in the blossoms and civic floral displays. Salzburg, in his mind, was clean and white. But his one and only visit had been in the wintry days of February. Now it was a riot of colour with green buds and grassy parks and flowers everywhere. The wide, muddy Salzach River flowed through the city, much like the Danube through the Slovakian capital, lending a sense of openness and light. Rolf had left Bratislava to come to Salzburg, but the river was headed in the opposite direction. The water rushing past his feet would continue its journey to the Danube, past his home town and eventually into the Black Sea.

Selfies against the backdrop of the castle, a coffee and pastry, the obligatory visit to Mozart’s birthplace and a pause to listen to a string quartet in one of the many beautiful squares. It was almost too much to take in, although as far as the quartet was concerned, he had some doubts about the second violinist’s fingering technique. Street performers puzzled him. The casual interest of passers-by was nothing like the breathless attention of a concert hall audience. Rolf was relieved he’d never have to play in the street like a busker. Fine for these music students, of course. It was a way to cut their teeth, but not appropriate for a professional.

FOR MORE INFORMATION ABOUT JJ MARSH

Or take a trip to the Cotswolds any time, through the pages of my own fiction books.