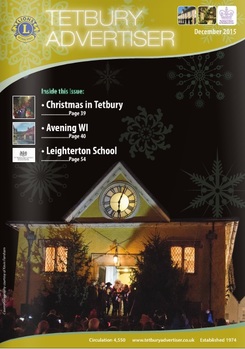 (My column for the December 2015 issue of the Tetbury Advertiser)

Now that we’ve made it past Halloween and Guy Fawkes Night, I’m spending a little time each day promoting my festive book, Stocking Fillers.

I intended the title to signal that it contains short stories, to avoid upsetting any readers who feel shortchanged by fiction that isn’t in the form of a novel. Only after the book was published did I appreciate the subliminal helpfulness of a title that is also a serving suggestion: “Makes a great, er, stocking filler”, as I have been known to tweet.

At any time of year, the choice of book title is a sensitive issue for any author and a make-or-break decision for publishers, who will spike an author’s preference if it’s not commercial. Not that title is an infallible predictor of sales: Best Seller, by Timothy B Sagges, languishes in obscurity.

Before and After Classics

The Last Man In Europe smacks to me of smug tabloid phraseology, reminiscent of The Sun’s infamous 1992 headline, “If Kinnock wins today, will the last person to leave Britain please turn out the lights”. In 1948, George Orwell’s publishers preferred 1984, which quickly passed into popular culture as shorthand for an oppressive, controlling regime. Yet if a book with that title were published today, we’d assume it was a nostalgic memoir of the year in which Sweden won the Eurovision song contest with a song called Diggi-Loo, Diggi-Ley. Now there’s a title of questionable judgement, unlike their compatriots’ all-conquering Waterloo ten years before.

Which leads us  neatly into consideration of All’s Well that Ends Well, an inappropriately cheery working title for the huge, serious, philosophical tome about the Napoleonic Wars eventually published as Tolstoy’s War and Peace.

Even the most carefully chosen titles for international classics can cause confusion. Or is it just me? Until I read it for the first time this autumn, I didn’t latch on to the significance of Harper Lee’s title, To Kill A Mockingbird (originally written as Atticus). Then part way through the book, Miss Maudie explains it’s a sin to kill a mockingbird because it does nothing but give people pleasure. It’s thus a symbol of innocence destroyed. Dare I confess that I’d previously assumed a mockingbird to be an annoying parrot-like mimic, an unsurprising target for any short-fused American with easy access to handguns?

It’s not easy to come up with names that work around the world and across cultures. Vauxhall found out the hard way that in Spanish Nova means “doesn’t go”. I discovered too late that in the US, they prefer the term “stocking stuffers” to the one I’ve used for my festive book title. If it wasn’t for its Christmassy cover, they might presume my book is all about legs.

I’d like to thank the team behind the perfectly-named Tetbury Advertiser for another year of dedication, hard work, patience and good humour, and to wish you all a very merry Christmas and a happy and healthy 2016. See you next year!