This post originally appeared on the Alliance of Independent Authors’ Self-publishing Advice blog here, where it was obviously aimed at indie authors and aspiring writers, a startling number of whom don’t touch-type. I’m reproducing it here because I believe the content is equally relevant and helpful to anyone who uses a computer keyboard for any purpose, business or pleasure.

Why the old-fashioned skill of touch typing can be a real boon to twenty-first century indie authors, and why you should add this accomplishment to your repertoire to help you increase your output as a writer.

Blog posts and books abound about how indie authors can increase their self-publishing productivity by various means, primarily by focusing on increasing daily word counts. Different methods exist for boosting your writing output, such as getting into a daily habit of writing a fixed number of words per session or day, or by writing in sprints, against the clock, or using popular schemes such as NaNoWriMo to squeeze out a fixed word count in a set time frame. 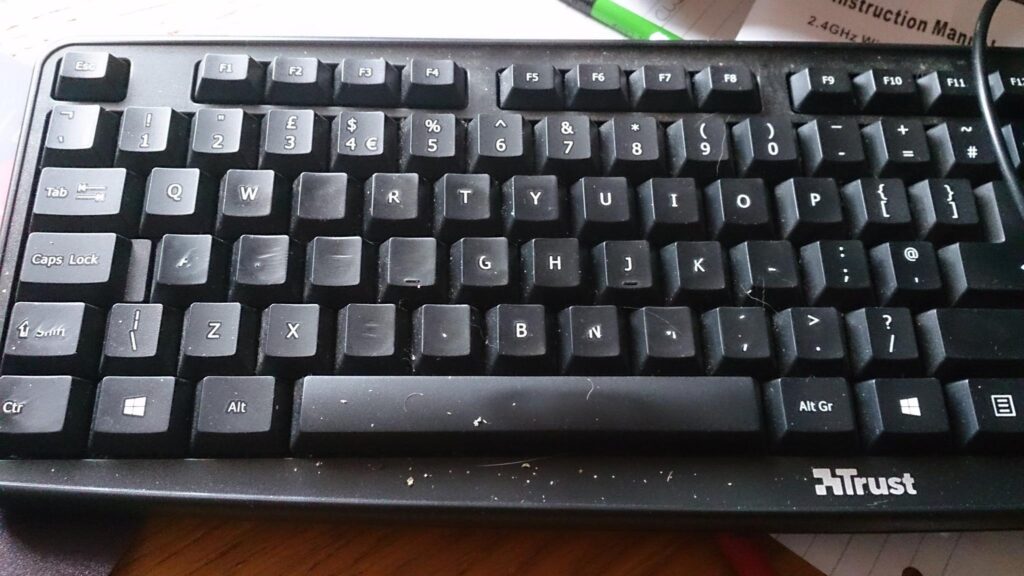 True touch typing means it doesn’t matter if you’ve written so much, you’ve worn the letters off your keyboard

But most of these schemes fail to mention one of the most straightforward practical tips there is: to learn to touch-type.  In an informal survey I’ve just conducted of over 100 indie authors, around 40% of them admitted they didn’t touch type. This included writers of multiple books. I wondered how much more prolific they might be if they mastered this important art.

Touch typing means typing accurately without looking at the keyboard. Thanks to an ALLi member in Russia, Alexander Kirko, I can tell you that in three other languages, touch typing is known as “blind typing”, which I think is a more graphic description.

When you can touch type efficiently, you can set down many more words per minute than you can when you have to look at the keyboard. This frees you to concentrate on picking the right words, rather than hunting for the right letters.

There’s no such thing as a “sort of” touch typist. It’s like being “a bit pregnant”. You either are or you aren’t.

Many Ways to Learn

Many of the respondents to my informal poll reported that they’d learned to touch type early in their careers, either at school or at college or on first entering the world of work, and plenty went on to say it was the most useful skill they’d ever learned.

But the good news is, it’s never too late to learn, and by throwing a little time at the task each day, you can quickly acquire the skill. It’s simply a question of putting in a certain number of hours to program your brain.

How you do it is up to you, and there’s plenty of choice.

Whichever route you choose, make sure you pick one that serves the layout for whatever language you write in. When I went to work in Switzerland in my twenties, I had to reprogramme myself to use a German keyboard, in which the Y and the Z trade places.

If you’ve learned to drive a car, you can learn to touch type. And you won’t even have to master hill starts or parallel parking.

So if you haven’t mastered the art of touch typing yet, and are seeking to increase your writing output, don’t dismiss this simple technique. Once you’re hammering out 80 words a minute (my current rate – I just checked on this fun online gadget), you’ll be glad that you persevered.

If you’re an author or an aspiring author, you’ll find more posts like this, with a new one published every day, on the Alliance of Independent Authors‘ Self-publishing Advice blog, of which I’m Commissioning Editor.

One thought on “1 Simple Tip to Boost Your Writing Productivity: Learn to Touch-Type”

Most of my spring events have been cancelled or postponed as a precautionary measure due to coronavirus issues. Events listed here are subject to change.