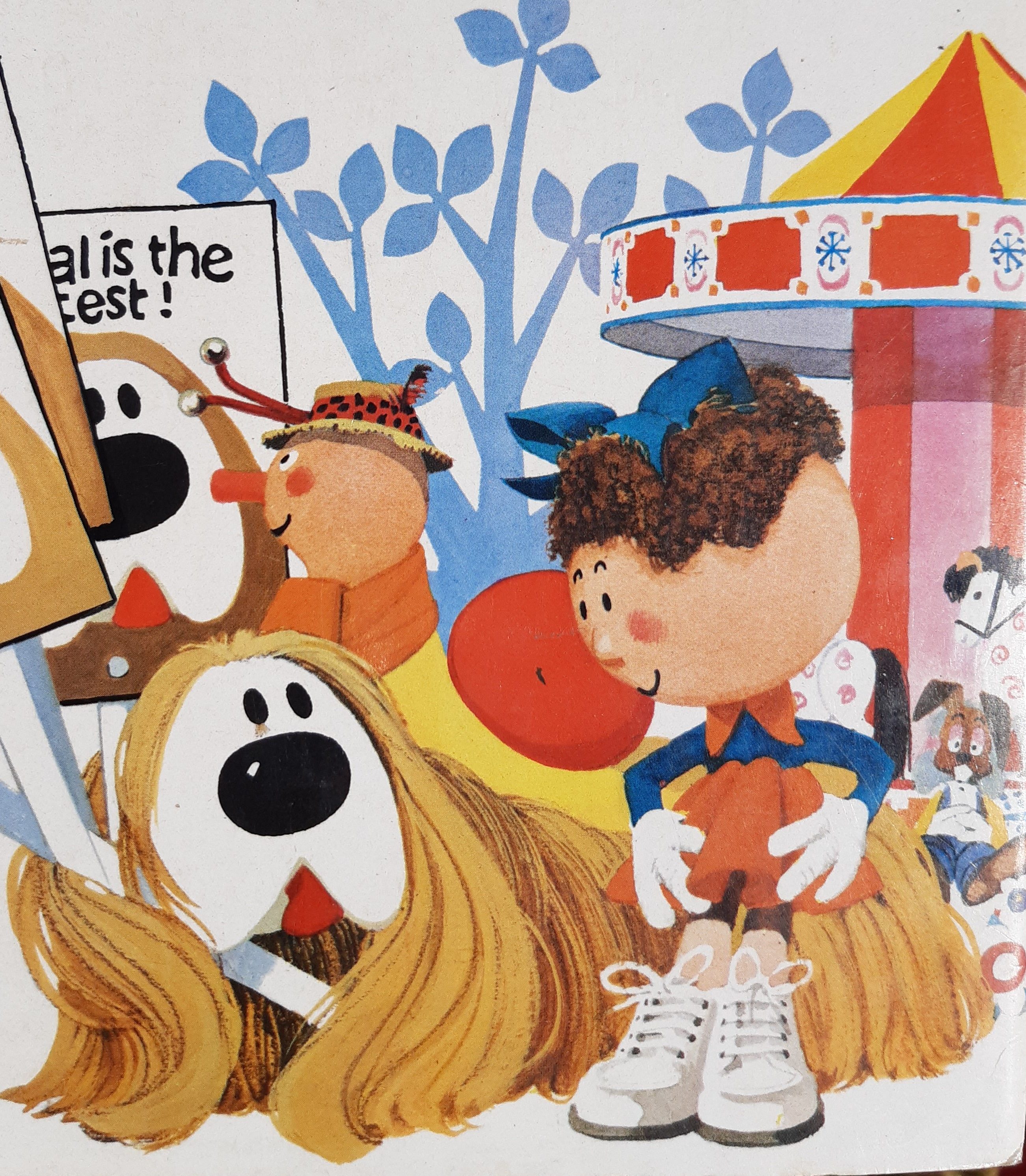 When I was a child,  national and international news featured very little in my world view. My parents took a daily newspaper, but I would have been too preoccupied with my comics to pay much attention to their paper.

Television news didn’t feature much in our family viewing, because it was only on at tea-time and bedtime. If I caught the headlines, it was by chance rather than on purpose, because I was still sitting in front of the telly after watching The Magic Roundabout, or whatever other children’s programme preceded the news in those precious five minutes beforehand.

The gentle humour and underlying moral message delivered by Dougal and friends provided a warm feeling to brace us for whatever bad news the evening bulletin might bring. It was the televisual equivalent of lining your stomach with a glass of milk before a night out imbibing strong drink.

The radio news was even less prominent in my life, and chiefly in the form of The World at One, its opening pips the signal that it was time for me to go back to school after having lunch at my maternal grandma’s.

I’m forever grateful to BBC Radio 4 for scheduling timeless classics such as Desert Island Discs and Just A Minute at 12.25pm each weekday, when Grandma and I would be sitting down to eat.

The theme music of Desert Island Discs still makes me think of cold lamb and bubble and squeak and Grandma’s delicious gooseberry tart with a slightly metallic flavour from being stored overnight in the tin she’d baked it in.

I think Desert Island Discs must have been broadcast on Mondays, when Grandma was serving up leftovers from her Sunday dinner.

That’s not to say that as a child I was completely ignorant of current affairs. I remember Grandma, born in 1900, impressing upon me the significance of Churchill’s funeral as a tribute to a great man and the end of an era. I would have just turned 5. I can even recall JFK’s assassination, more because of the unprecedented appearance in our kitchen of the sobbing next-door neighbour who ran in to break the news to us, rather than because I had any idea of the political significance. Well, I was only 3.

On our weekly visit to my paternal grandparents, my grandfather used to pass me his evening newspapers when he got home from work. Commuting from Sidcup to London, he’d buy both the Evening Standard and its rival the Evening News to read on the train home. I was only interested in the picture crosswords and the cartoons. The hard news passed me by.

How differently will the current generation of children remember national and world news when they’re my age? In our multimedia age, however their parents consume their news, newspaper, radio, TV or online, children seem to have no escape from gruelling and traumatising headlines. I just wish they’d bring back The Magic Roundabout to soften the blow, for adults and children alike.

This article first appeared in the Hawkesbury Parish News, April 2022.

My love of those old pre-news children’s shows is the reason why the village bookshop in my Sophie Sayers Village Mysteries is called Hector’s House.

I’d already decided the proprietor – and Sophie’s future romantic interest – would be called Hector Munro (more about that choice in another blog post here). As Sophie’s late Great Auntie May had been a benefactor to Hector when setting up his bookshop, and had a sense of fun, I decided she would insist that he call the shop by the name of her choice – which was Hector’s House.

Hector and Sophie are not old enough to have seen the tea-time children’s show featuring the amiable puppet dog – but I think Sophie at least would have appreciated his catchphrase and its variants that always closed the show: “I’m just a great big lovable old Hector.”

Find out more about the Sophie Sayers Village Mysteries here.