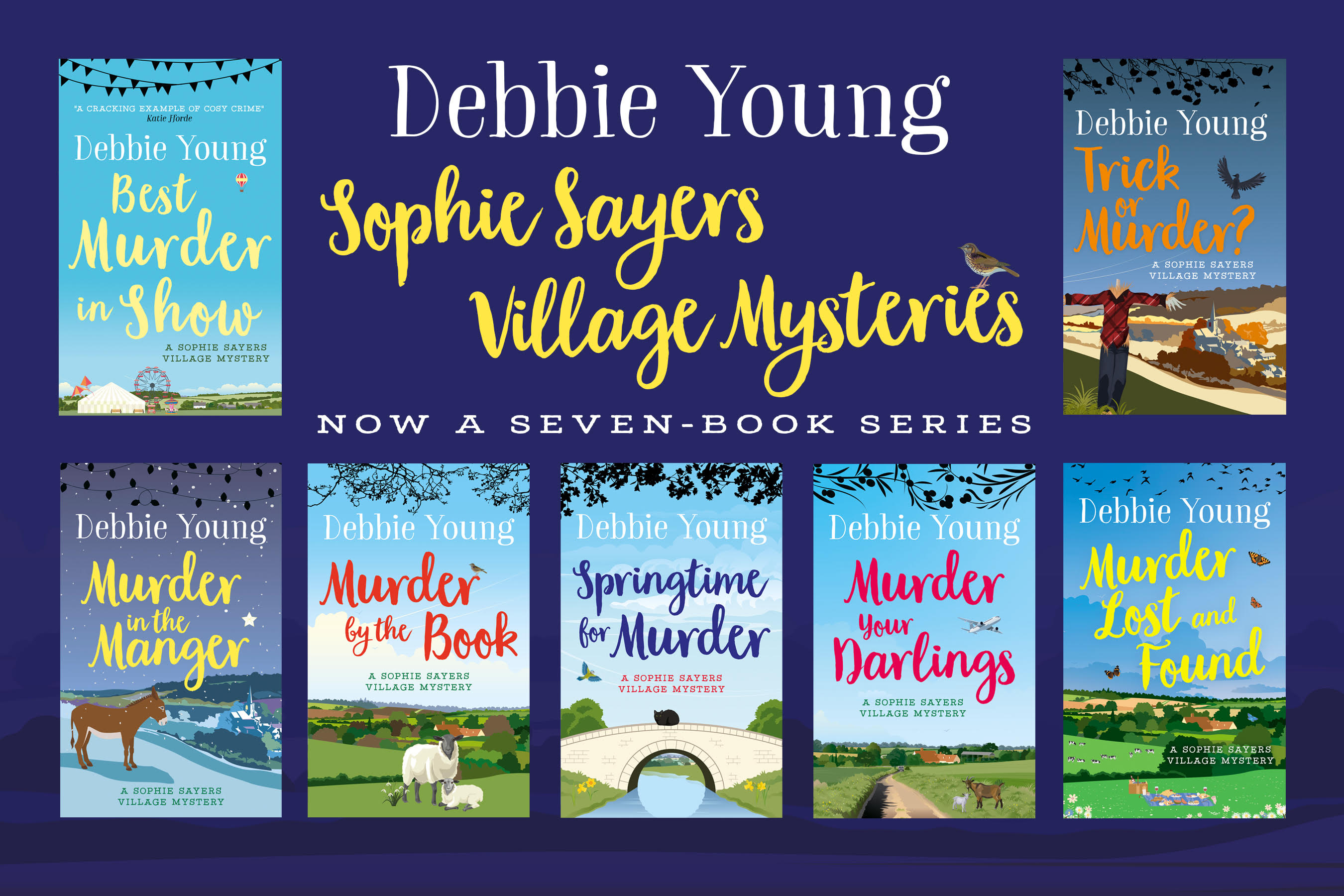 While I don’t consider myself to be superstitious, I’ve got into the habit of publishing each new book on a date that is personally significant to me.

Choice of publishing date is a luxury that only independent authors can enjoy:

We call the shots ourselves, rather than being dependent on the huge engines of trade publishing companies, which typically take a year or more to launch a book from the date the author delivers the final manuscript.

My first novel, Best Murder in Show, was launched on 1st April, 2017 – not because I was staging it as a practical joke for April Fool’s Day, but because it happens to be the birthday of my good friend and mentor, Orna Ross, author, poet, and founder of the Alliance of Independent Authors, for which I’m the UK Ambassador.

For my most recent novel, Murder Lost and Found,  I chose my daughter Laura’s 18th birthday. Not only was it of course Laura’s majority, but the novel marked a kind of coming of age for Sophie Sayers too, marking the end of her first year in her adopted village of Wendlebury Barrow and a new confidence and assurance for Sophie that has been developing throughout the series.

However, Murder Lost and Found won’t be the last you will hear of Sophie Sayers: I’m planning an eighth adventure for her, A Fling with Murder, for next year, and further spin-offs in my Tales from Wendlebury Barrow series of novelettes.

Which Dates Do Other Indie Authors Choose?

Being able to publish on dates that are important to me gives me great satisfaction – the icing on the cake of completing a project – but I wondered whether this habit was just personal whimsy or common practice. When I asked some author friends, I was gratified to find I’m not alone in my approach, as these examples show:

Historical novelist Clare Flynn, on her latest novel, Sisters at War, set in Liverpool during the Second World War:

(Find out more about that tragic event here: https://www.liverpoolmuseums.org.uk/liverpool-and-may-blitz-of-1941)

Alison Morton, who writes alternative history and thrillers, decided to make her Roma Nova short story collection a gift to herself:

“This was the first time I’d dared to put together a collection of short stories, so I thought it would be fun to give birth to it on my own birthday on 19th October. The stories supplement, precede or follow the stories in the core Roma Nova novels – little episodes of their own. It was delightful to wake up to a mix of “Happy publication day” and “Happy birthday” greetings. I drank bubbly that evening in double celebration.”

Other author friends have published to honour family members – for example, Pauline Baird Jones will launch Cosmic Boom on her late mother’s birthday, 20th July, and Kristina Adams published her non-fiction book, Writing Myths, on her grandmother’s birthday the year she passed away.

Tom Evans has a very appropriate strategy for Soulwaves : A Future History and Soulwaves: Insertions, both of which feature the Moon almost as a character:

“I published on the first new moon of the year, this year and last, and then followed up with snippets of ancillary, augmenting content every subsequent new and full moon. My choice of date may have no significance, but it keeps me aiming at something – with a reminder in the sky when not cloudy!”

Amie McCracken had a very specific reason for fixing the launch date for her latest novella, which is set in the USA and Mexico:

“I chose the Day of the Dead for Leaning Into the Abyss because it features as the day my protagonist finally figures out her life! (And it’s a story about grieving for a lost loved one.)”

Mark Hayden had a more pragmatic approach for the ninth in his King’s Watch fantasy series:

“Some indie authors are a lot more casual about publication. I adhere to the belief that the best day to publish a book is yesterday, and I put them out as soon as they’re ready. However, even I admit that I rushed out the ebook of Five Leaf Clover a good week ahead of the paperback because the UK bank holiday weekend was coming up and I wanted to give my readers an incentive to buy it. I also admit that my wife did once tell me that under no circumstances could I publish a book on her birthday. I know my priorities.”

Which Book Will I Publish Next?

So when will I be publishing my next book and what will it be?

I’m also writing May Sayers Comes Home, a novella about Sophie Sayers’ aunt; a travel memoir, Travels with my Camper Van, and planning new additions to the Tales from Wendlebury Barrow series of novelettes.

So I’d better get off my blog now and get writing!

HOW TO ORDER MURDER LOST AND FOUND

Order the ebook from a choice of retailers here.

2 thoughts on “Why I Publish Books on Special Days”