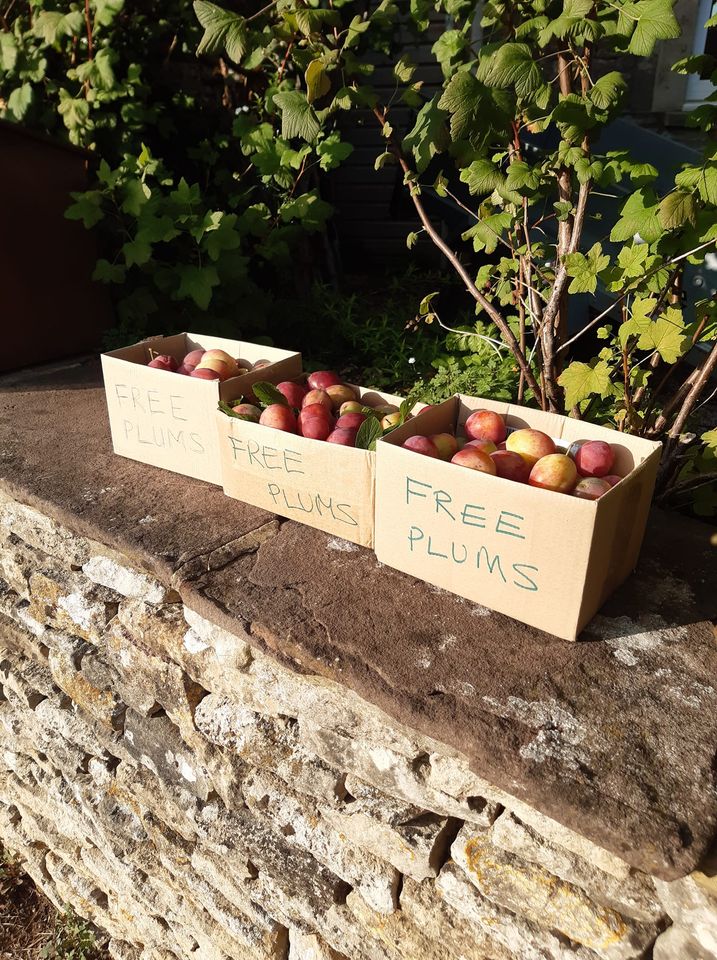 Thanks to the copious sunshine and rain this summer, our annual glut of tree fruit arrives early in our garden. Soon we’re in a race against time to pick up the windfalls before they start to rot.

One afternoon in August, I’m so intent on my task beneath a plum tree that I don’t notice a wasp lurking in the grass until I have knelt on it and it has stung me. Pesky wasps, I think, retreating indoors to treat my throbbing knee.

Remembering my grandmother’s mantra, “Bicarbonate for bees and winegar for wasps”, I head for the larder.

Only after applying a splash of Sarson’s does it occur to me that medical knowledge has moved on since my grandmother’s day, so I grab my phone to search for more modern remedies. Before I can raid the bathroom cabinet for the recommended antihistamine tablets and cream, I fall down a Google rabbit-hole, looking up the difference between wasps and bees.

I’m wondering why we feel so contemptuous for wasps, when spotting bees in the garden feels like a celebration. Both can sting us. Is it only because wasps don’t make honey or beeswax that we can divert for human use?

What’s the Use of Wasps?

If so, that’s a short-sighted attitude, because it turns out wasps have a very important role in nature.  The BBC website tells me:

How very helpful of them.

I knew ladybirds eat greenfly, because my late friend Lyn, an early proponent of organic gardening, used to collect ladybirds in matchboxes and release them into her greenhouse in place of chemical insecticides.

Apparently, wasps are sometimes used the same way in agriculture, presumably without the matchboxes.

For a moment I picture swarms of wasps stinging predatory pests to death like a miniature militarised attack force, leaving a battlefield full of tiny dead bodies in their wake. Then I discover wasps eat their victims or take them home for their young. Unlike bees, they are carnivorous. Wasps are also the evolutionary forerunner to bees.

“Bees are wasps who have forgotten how to hunt,” says Professor Seirian Sumner of University Collect London. Bees have had other things on their minds, such as developing wax-making glands that wasps lack. (See this Guardian article for more details.)

Thus the wasp that stung my knee was only doing its job of protecting the plum crop. To the wasp, I was a giant crop-destroying predator, and its duty was to repel me. Like David’s slingshot and stone that felled Goliath, the wasp’s sting was highly effective: I instantly fled the scene and left the plums alone.

In future I’ll be more respectful of this tiny breed of busybodies and let them get on with their pest patrol.

After all, there are plenty of plums for us all.

This article was originally written for the September issue of the Tetbury Advertiser,
holder of the Queen’s Award for Voluntary Service

If you enjoy reading my columns from the Tetbury Advertiser, you might like to know that I’ve published two collections of them, now available in ebook and paperback. The cover images are details from my father’s watercolour painting of a Cotswold field.

Or ask your local bookshop to order your copy in-store.

One thought on “The Wasp and Goliath”